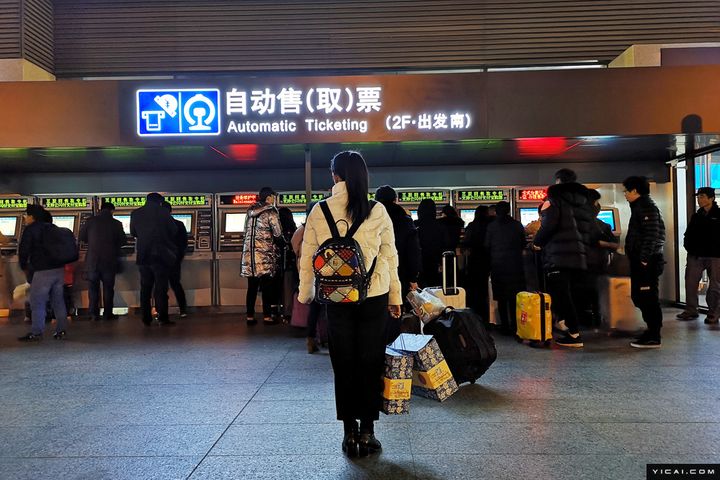 The scene at Shanghai Hongqiao Railway Station as the Chunyun kicked off on Jan. 21.

Passengers look to beat the rush by catching early trains before daybreak.

A waiting hall filled with passengers eager to go home.

Passengers getting on their train.