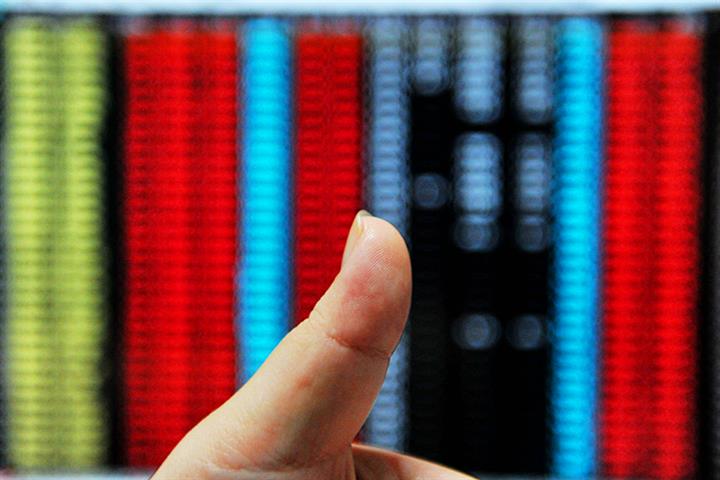 (Yicai Global) July 9 -- China’s stock market and currency have gained in tandem for the first time ever mainly due to foreign fund inflows.

A number of market analysts expect fundamentals to support a gradual recovery of the yuan, but say the likelihood of a sharp rise in the redback in the second half of the year is relatively small, the 21st Century Business Herald reported today.

The yuan pushed past 7.03 versus the US dollar on July 6. The offshore rate strengthened to 6.9965 on July 7, moving beyond 7 for the first time in four months. The yuan’s so-called central parity rate against the dollar jumped 103 basis points to 7.0207 yesterday. In China's spot foreign exchange market, the yuan is allowed to rise or fall by 2 percent from the rate each trading day.

The CSI 300 index of Shanghai and Shenzhen-traded shares, a key gauge of mainland equities, climbed 7.68 percent last month and had climbed almost 14.7 percent this month as of yesterday.

The stock market was in sync with the yuan, so when foreign funds flowed into the stock market, they both rose, according to Li Liuyang, chief foreign exchange analyst at China Merchants Bank.

China’s further financial opening-up has created opportunities for offshore funds, Li said. Overseas financing costs are low, and liquidity restructuring requires assets with higher returns, so Chinese stocks are attractive to foreign investors in terms of returns and stability as well as a steady currency, he added.

Ongoing monetary easing by the world’s major economies and steady global risk sentiment have led funds to spill out of the US to peripheral markets in the second half, with yuan- and Hong Kong dollar-denominated assets more attractive, said Guo Jiayi, chief exchange rate analyst at CIB Research. That has put pressure on exchange rate appreciation.

Wu Yingmin, vice president and global marketing executive of Hang Seng Bank China, said the rally in China’s stock market and gain in the yuan was the result of more and more investors piling into yuan-based assets.

Global central banks’ yuan reserves totaled USD220 billion in the three months of this year, gaining for a fifth straight quarter, according to recent figures from the International Monetary Fund. The yuan’s share of global foreign exchange reserves arose to a record high of 2.02 percent.

Market insiders said that the yuan is expected to strengthen further against the dollar amid volatility in the second half.

The yuan’s 2018-2019 depreciation trend has ended and it has begun to fluctuate significantly, Guo said, noting that as China takes the lead in tightening monetary policy in the future the yuan will appreciate in a period of tight monetary policy and loose credit policy.

Zhou Maohua, an analyst at Everbright Bank’s Department of Financial Markets, said the fundamentals support a stronger yuan, but it is less likely to gain significantly.

The Chinese economy is export-oriented, so uncertainties from the coronavirus pandemic are likely to result in a lack of momentum for a substantial and sustained appreciation of the yuan, Zhou added.