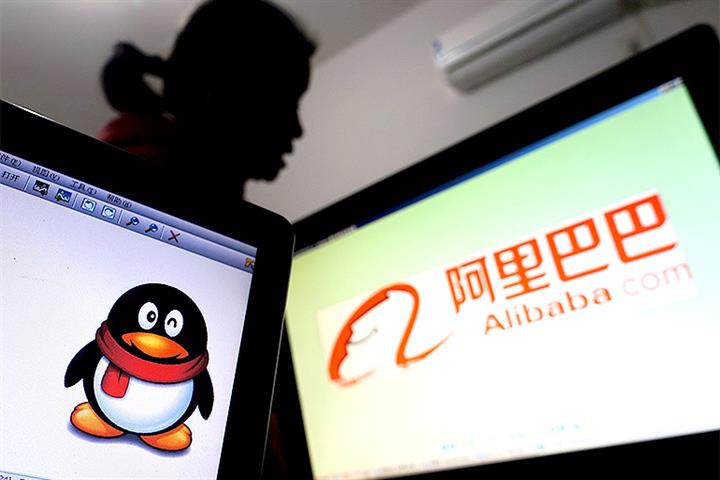 The two firms were each fined more than CNY500,000 (USD78,300), the State Administration for Market Regulation said when revealing the penalties on Nov. 20.

The SAMR has retroactively exposed details of illegal M&As in the internet sector several times since China issued anti-monopoly guidelines for the platform economy last February. In July, Tencent and Alibaba were mentioned among other receivers of fines.

Per the rules, a merger must be declared if all the participants' annual revenues exceed CNY2 billion (USD313.2 million) in China before the deal and if at least two of the participants' revenues surpass CNY400 million (USD62.7 million) each. Every violation results in a maximum penalty of CNY500,000 (USD78,326).

This time, Shenzhen-based Tencent was exposed to have been involved in 13 deals that caused business concentration without disclosure. Alibaba's case count was 12 and search engine developer Baidu's four. Other firms mentioned were e-commerce platform JD.Com and ride-hailing giant Didi Chuxing.

The document revealed some of the deals. One of them was game developer Tencent's purchase of a 25-percent stake in Zhuanzhuan, a second-hand goods trading platform under classifieds giant 58.Com, in 2017. Another one was Hangzhou-headquartered Alibaba’s M&A involving takeout platform Ele.me via its subsidiary Taobao China in 2018.

The most recent of the 43 agreements was a new energy vehicle joint venture that Baidu and carmaker Geely Automobile Holdings formed in January. Baidu, which develops self-driving technologies, has revealed its car manufacturing plans this year.

The country is strengthening its antitrust regulation. Last week, it founded a new independent anti-monopoly bureau in Beijing to bolster supervision.