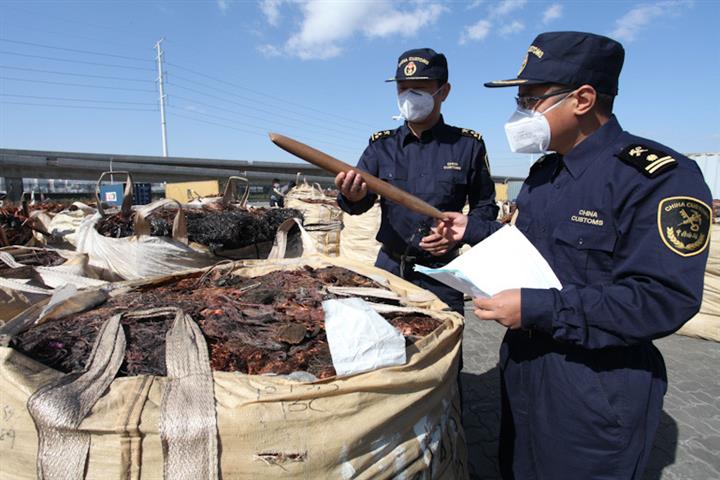 China to Bar All Solid Waste Imports From 2021

(Yicai Global) Nov. 30 -- China will ban all imports of solid waste from Jan. 1, the Ministry of Ecology and Environment reiterated at a press conference today.

The statement by Qiu Qiwen, director of the ministry’s Department of Solid Waste and Chemicals, follows the announcement of the ban on incoming refuse by the MEE and other relevant agencies on Nov. 24.

China’s cabinet the State Council issued guidelines in 2017 to stem the tide of foreign garbage -- which mainly flowed from the need of developed countries with dwindling landfill space to export this growing environmental menace spawned by the modern throwaway culture -- that began with a complete ban on imports of environmentally hazardous refuse by the end of 2017. The country was also to phase out such rubbish available from domestic sources by the end of last year and cease all imports from next year.

After the blanket prohibition takes effect next year, the MEE will cooperate with China’s Customs to give free rein to the national inter-ministerial joint conference on anti-smuggling comprehensive management, continue anti-foreign solid waste smuggling operations, crack down on illegal imports, and sever the supply and demand chain for such trafficking.

The MEE will also step up efforts to clean distribution spots and sanction companies with scattered and pollution-ridden waste, bolster oversight of the garbage recycling industry, and probe and punish environmental violations in the processing and utilization industries.