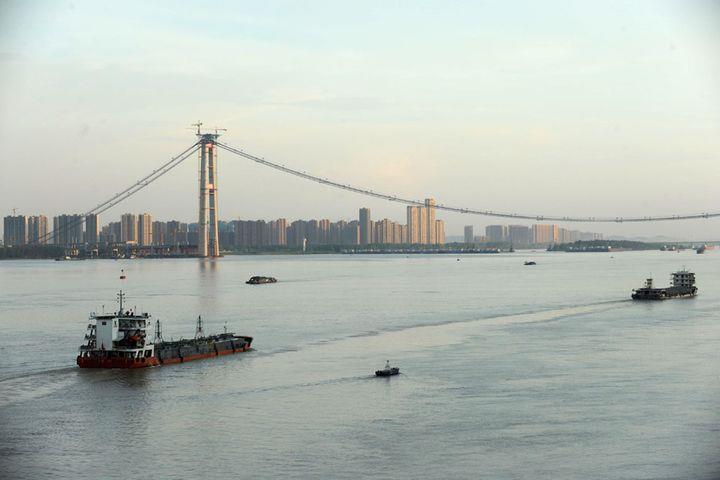 (Yicai Global) April 11 -- The Yangtze River trunk line will have about 240 river-crossing passages by 2035 to facilitate cross-river travel and logistics, according to a plan issued by China's economic planner.

However, compared with the requirements of the high-quality development of the Yangtze River Economic Belt, there are still problems that need to be addressed, such as heavy loads on some cross-river passages, the NDRC said.

The river-crossing passages will be integrated with the comprehensive transportation system and coordinated with ecological environment protection, flood control and shipping safety, thus supporting the high-quality development of the Yangtze River Economic Belt, the NDRC said.

The Yangtze River trunk line runs 2,838 kilometers from Shuifu in Yunnan province to the estuary of the Yangtze River. It passes through seven provinces and two municipalities, including Yunnan, Sichuan, Chongqing, Hubei, Hunan, Jiangxi, Anhui, Jiangsu and Shanghai.