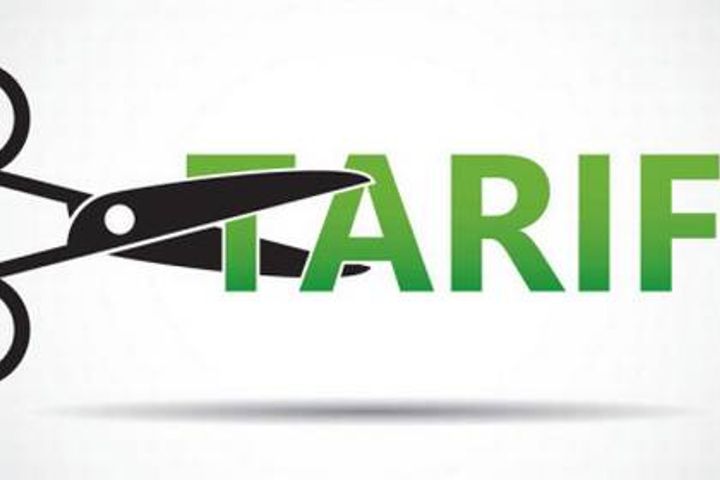 (Yicai Global) June 1 -- China will cut most-favored-nation tariffs for 1,449 taxable items of daily consumer goods starting July 1, from an average tariff rate of 15.7 percent to 6.9 percent, an official statement said on May 31.

On average, the tariffs were cut by 55.9 percent, said the Customs Tariff Commission of the State Council.

An MFN tariff is one that World Trade Organization member countries promise to impose all of their trading partners who are also WTO members, unless the country is part of a preferential trade agreement.

Due to the adjustment, MFN temporary duties for 210 taxable items of imported goods will be abolished, it said.

Significantly reducing the import tariffs for daily consumer goods is conducive to expanding China's opening-up and serves as a major measure and action of the country's initiative to open its market, the statement quoted an unnamed official of the commission as saying.

The average tariff rate for clothing, shoes and hats, kitchenware, and sports and fitness supplies will be reduced from 15.9 percent to 7.1 percent, and that for home appliances such as washing machines and refrigerators from 20.5 percent to 8 percent.

The average tariff rate for cultured and fished aquatic products and processed food such as mineral water will be cut from 15.2 percent to 6.9 percent, according to a statement released after the meeting.

The average tariff rate for detergents, cosmetics such as skin care and hair care products, and some medicine and health products will be cut from 8.4 percent to 2.9 percent.