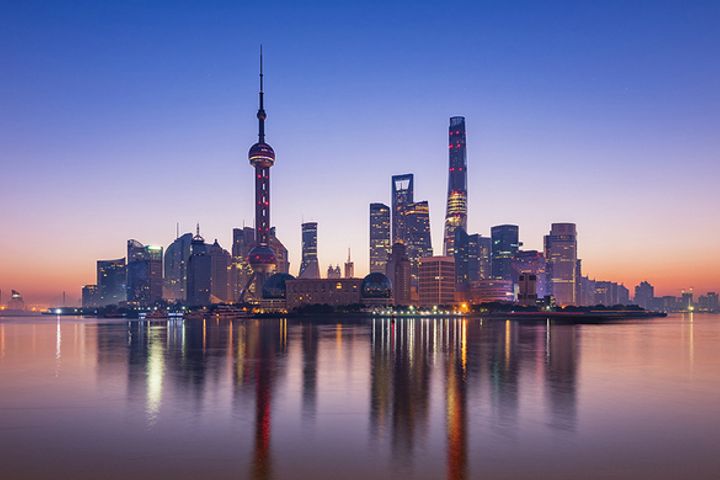 (Yicai Global) June 7 -- The first China International Import Expo will be the first state-level exhibition with imports as its theme. It is slated for Nov. 5 to 10 in Shanghai. The 150-day countdown to the fair's opening has started.

Booking of booths for the expo is essentially complete and has yielded results far beyond expectations. Exhibitors from more than 120 countries will attend, including more than 160 Fortune 500 enterprises and other luminaries in various sectors.

The High-End Intelligent Equipment exhibition area will set the stage for the high-tech companies of various countries to showcase their advanced equipment and technologies. Among these, US automation giant Honeywell International will exhibit system solutions for intelligent aviation and smart building management.

Japan's Fanuc, one of the big four robotics concerns, will bring breakthrough technologies in smart manufacturing, such as collaborative robots and flexible assembly lines. Leading Dutch illuminator Philips Lighting, which has recently changed its name to Signify, will demonstrate its light-fidelity (LIFI) communication technology.

The trade in services will also form a highlight of the CIIE. In the logistics field, Federal Express and United Parcel Service, the two largest US logistics leviathans, will also present their services. The exhibition area for logistics firms is expected to exceed 15,000 square meters.

The huge sports market in China has also drawn the gaze of major global athletics players. Italy's Football Club Internazionale Milano will strut its club culture at the CIIE and hopefully invite its sports stars to interact with the audience.

FIA Formula 1 World Championship will have a stand at the exhibition to display its development history, cultural connotations, classic events and celebrity races. It will also set up interactive activities such as race simulations, and commemorate the Formula 1 Chinese Grand Prix, which has run for 15 straight years since its 2004 inception in Shanghai.

For the Chinese government to host the CIIE in a bid to up imports marks a big step. China's consumption continues to rise in tandem with its residents' burgeoning buying power, while their demand for foreign goods is also taking off. Estimates peg the annual overseas spending of Chinese residents at USD200 billion.

To meet this growing demand, China proposes to import USD10 trillion worth of goods and services in the next five years, and the CIIE will provide many overseas companies with a springboard for their entry into China.

"We welcome high-quality, competitive goods and services from all over the world to enter the Chinese market. We are also willing to provide a fair and transparent business environment for them to compete in the Chinese market," said commerce ministry spokesman Gao Feng.

The expo aside, China has also successively introduced preferential tariff reduction measures to raise imports. The State Council -- the country's highest administrative body -- announced May 22 that it will reduce the import tariffs on autos and auto parts starting July 1.

Import duties will also fall on 1,449 taxable daily consumer goods in the areas of apparel, household appliances, processed foods, and health and medicine from July 1, the State Council announced May 30. The average tax rate, which will drop from 15.7 percent to 6.9 percent, will encompass more than 70 percent of staple consumer products.

The second tax reduction has a wider scope than the first and a closer nexus with everyday life. It will not only feed people's daily needs, but also drive price reductions and lift the quality of consumer goods.

Actively upping imports is China's long-standing policy and helps satisfy the ever-growing demand for a better quality of life, while promoting high-quality development of the national economy, Gao told media May 25.

China runs trade deficits with many of its trade partners, most visibly and vociferously the US. The Import Expo is one means of redressing this imbalance, while also acknowledging Chinese consumers ever-more insatiable appetite for produce from fresh woods and pastures new. Chinese President Xi Jinping's first announced the trade fair at the Belt and Road International Cooperation Summit in Beijing in May last year. China's commerce ministry and the Shanghai city government are jointly organizing the expo.