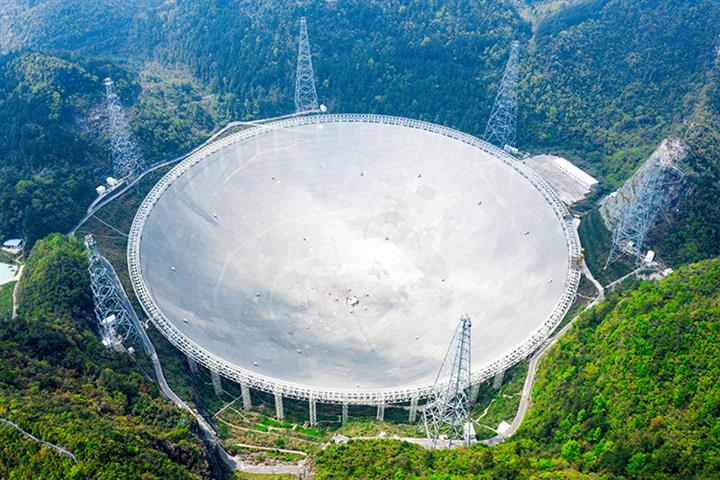 (Yicai Global) March 31 -- The Five-hundred-meter Aperture Spherical radio Telescope, the world’s largest single-dish and most sensitive radio telescope located in southwestern Guizhou province, is opening up its vast resources to international scientists for the first time.

Starting in August, around 10 percent of FAST’s operations will be allocated to foreign scientists in the first year, the National Astronomical Observatory of the Chinese Academy of Sciences said today. This is expected to amount to 450 hours of observation time.

NAOC is accepting applications from Chinese and foreign astronomers from today and will announce the results on July 20.

FAST, whose dish is the size of 30 standard football fields, can gather signals from deepest outer space to track the origin and evolution of the universe, search for extraterrestrial civilizations and observe high-speed rotating stars or pulsars.

Since it went into operation five years ago, FAST has made a number of significant breakthroughs, such as fast radio bursts, and has discovered 300 pulsars, NAOC said.