To Reach The Goals of The Paris Climate Agreement, It's Time to Scale up Business Solutions
Solutions&Co
DATE:  Jun 12 2018
/ SOURCE:  Sparknews 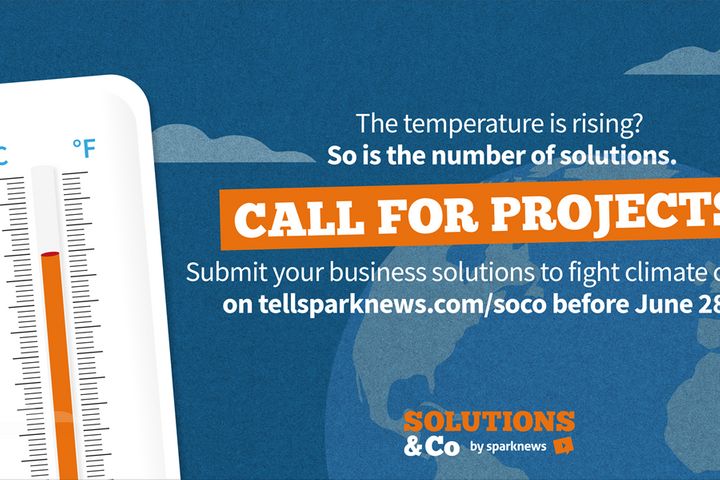 To Reach The Goals of The Paris Climate Agreement, It's Time to Scale up Business Solutions

Since Paris Climate Agreement reached at COP21, the world's media outlets have focused a lot of attention on climate change and its effects on the planet. While many newspapers are reporting on current and upcoming disasters, only a few actually write about potential solutions.

Thanks to hydropower facilities and other renewable energy sources, Costa Rica has managed to produce nearly all its electricity for most of the year without fossil fuels.

A Californian company has made several hundreds of millions of USD in revenue by selling eco-designed clothing using only organic cotton, or chlorofibres.

In Kenya, a common nut has proven to be a valuable and scalable source of biofuel.

A Swiss aeronaut succeeded in flying 40,000 km around the world in a solar-powered airplane without using a drop of fuel.

In Seoul citizens are encouraged to consume energy responsibly with a model that has inspired cities including New York.

From Denmark to Colombia, industrial parks are turning into productive symbioses where the waste of one factory is used as a resource by another one, providing both efficiency and profit to all stakeholders.

And these are just a few of many more examples…

Solutions to bridge the gap between ecology and economy exist everywhere.

Signed by 195 countries at the COP21 Summit, the Paris Agreement established a very clear direction and a timeline. Climate change is already under way and the time window to take action in order to limit its effects is very narrow: we must bend the curve of emissions by 2020 in order to safely reach the goal of being carbon neutral by 2050. Therefore, it is urgent to make these solutions well-known, get funded and implemented at a much larger scale.

We believe that entrepreneurs and businesses have a very crucial role to play in this movement. Yesterday they were part of the problem. Today they are starting to shape solutions. Tomorrow business and climate will be inseparable and being driven by social impact will be companies' number one success factor.

This is why we decided to join a growing movement of hope and change by sharing positive innovations from all over the world. On December 3rd, 20 top business newspapers from around the world will join forces to publish 50 business-driven solutions to climate change issues.

If you also believe that climate change is not only the biggest challenge ever faced by humanity, but also the greatest collective opportunity to create a better world;

If you believe, that we can't tackle climate change without the creativity, the engagement and the collaboration of all stakeholders - entrepreneurs, cities, businesses, NGOs, governments or citizens;

Then be part of this movement and share your business solutions to fight climate change through the following call for projects: