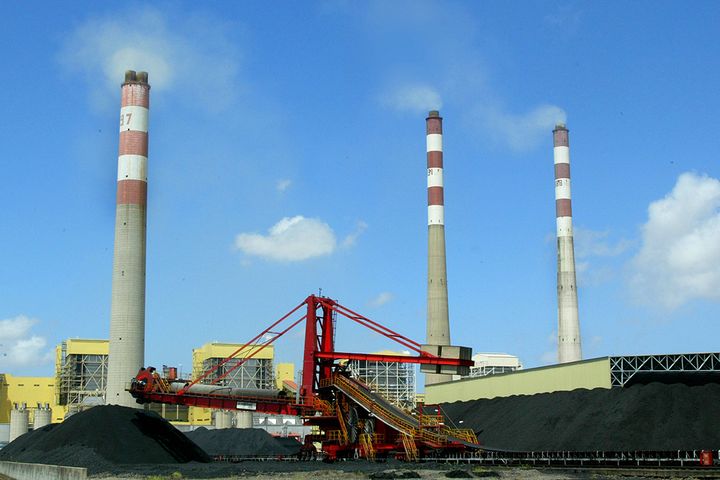 (Yicai Global) Sept. 27 -- China will abolish the coal-electricity price linkage mechanism and instead apply a system of benchmark electricity price as the marketized mechanism of 'benchmark price + fluctuations,' the Executive Meeting of China's cabinet the State Council decided yesterday.

The new regime will take effect from Jan. 1.

The country will seize this current opportunity to formulate a marketized mechanism for electricity prices when the amount of power generated by burning coal that undergoes marketized trading makes up almost 50 percent of the total and the electricity price is thus clearly lower than the benchmark price, the executive meeting advised.

The benchmark price of the new mechanism is determined according to the on-grid tariff of the current coal-fired power generation benchmarks. The specific electricity price is determined by power generators, power sales companies and power users through negotiation or bidding.

The benchmark price of this new mechanism will be determined as per the current standard prices for electricity generated via coal consumption in various Chinese cities, with a fluctuation of no more than 10 percent for the upper limit, and a maximum of 15 percent for the lower one. Specific electricity prices will be decided by power generating companies, firms focusing on sales of electricity and users through negotiation or bidding.

The mechanism of 'benchmark price plus both upward and downward fluctuations' not only takes the changes in upstream coal prices into consideration, but also reflects the shifts in downstream electricity supply and demand, said Lin Boqiang, head of China Institute for Studies in Energy Policy at Xiamen University.

This policy may affect the interests of power generating companies, insiders from the sector said, adding the specific degree of this impact will depend on the prospects of the coal market and relevant supply and demand next year, as well as the results of negotiations or bids between suppliers and buyers. During the process of implementation, the influence will also depend on to what extent interested parties, especially power generating firms, accept the policy.

The nation's electricity market's transacted power reached 1.1 trillion kilowatt hours in the first half in an annual 29.3 percent rise, making up 32.4 percent of society's total electricity consumption, and 58.3 percent of the power use of the operating industry. The average price of directly-traded electricity was 3.4 points/kWh (equivalent to less than 10 percent), thereby reducing the burden on companies by about CNY30 billion (USD4.22 billion).

The volume of marketized trading of electricity tallied 1.1 trillion kilowatt hours nationwide in the first half, growing 29.3 percent annually, and making up about 32.4 percent of society's overall electricity consumption, and accounting for 58.3 percent in such consumption by sectors operating at a profit.