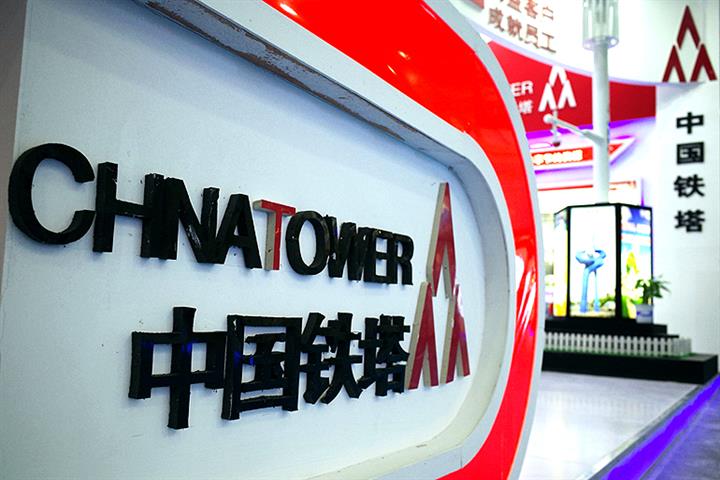 (Yicai Global) Aug. 12 -- China Tower’s fifth-generation wireless network base stations are popping up all across China, Tong Jilu, chairman of the major communications infrastructure builder, said yesterday, adding the company had 593,000 orders for 5G infrastructure construction in hand by the end of June.

The company will continue to meet operators’ 5G construction demands, Tong said. With the acceleration of network construction, 5G base stations will soon outnumber 4G ones.

“Operators asked us to deliver a total of 350,000 base stations by the end of June, but we actually delivered 380,000 units,” Tong said at the Beijing-based firm’s first-half performance meeting held yesterday. China Tower built a total of 215,000 5G stations in the first half of this year, according to the data it announced yesterday.

The construction projects’ costs have been effectively reduced since local governments have streamlined approvals, embedded the building of 5G infrastructure into their official purview, opened public resources and provided preferential policies on electricity fees, the firm said in its progress report at the conference.

China had built 400,000 5G base stations as of the end of June. The number of these shall double to 800,000 by the end of this year, with user ranks growing twofold to 200 million, Yang Chaobin, president of Huawei Technologies’ wireless network products department, projected last week.