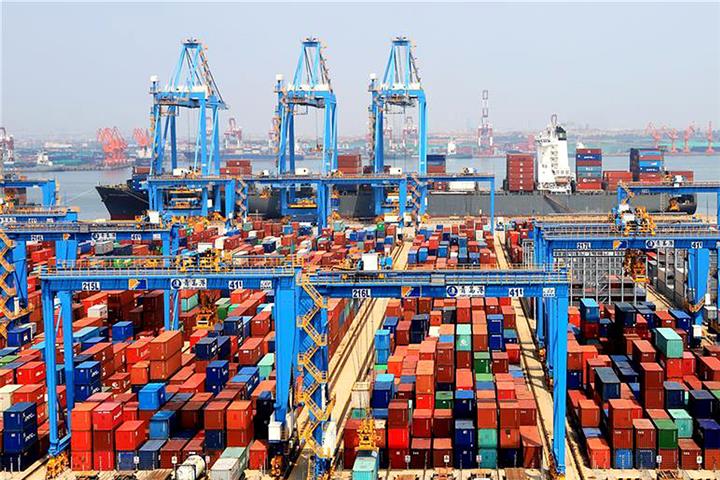 (Yicai Global) June 8 -- China’s trade surged 38.1 percent in the first five months of this year, from the same period last year, as major economies recovered from the Covid-19 pandemic.

The country’s imports and exports stood at USD2.27 trillion in January to May, with a trade surplus of USD203.45 billion, according to data the General Administration of Customs released yesterday. Exports reached USD1.24 trillion, up 40.2 percent, and imports were USD1.03 trillion, up 35.6 percent.

Because of the pandemic, worldwide production and circulation still face difficulties. For this reason, more and more orders are being redirected to China, which is recovering its production capacity and strengthening its export capabilities. The fast increase in China’s exports and imports will continue for some time, boosting annual trade growth to about 10 percent, Huo Jianguo, former head of the Chinese Academy of International Trade and Economic Cooperation, told Yicai Global.

The gradual resumption of production outside China will reduce rigid demand, as the country’s trade is likely to expand by double-digits again this year, despite a quarter on quarter slowdown, Huo added.

The Covid-19 outbreak has further proven China’s key role in the global economy, according to the United Nations Conference on Trade and Development. High-level recovery in exports has enabled the country not only to fully restore exports, but also to profit further from export segments. China’s share of global trade rose to nearly 15 percent last year.

Still, there are long-term concerns about overseas demand, so domestic demand should be further unleashed to consolidate the basis for a stable recovery in overall demand, said Zhang Liqun, a researcher at the State Council’s Development Research Center. Effort should be made to bolster and adjust the counter-cyclical economic policies, boost investment by government and businesses, and drive employment and consumption, Zhang added.