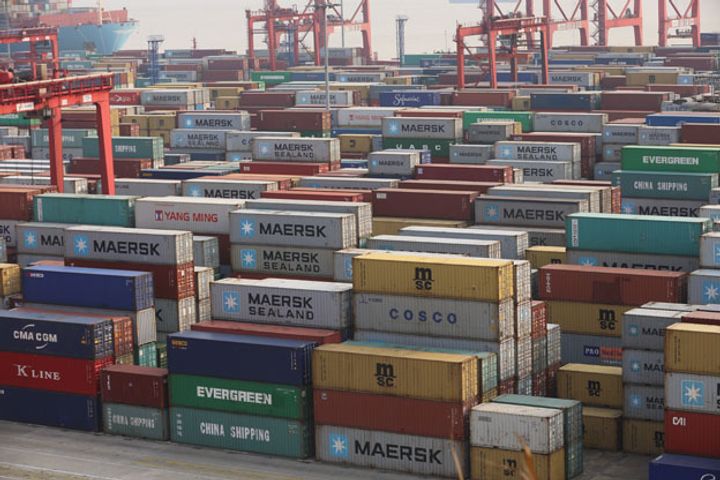 (Yicai Global) June 8 -- China's trade surplus contracted 31 percent annually in the first five months of the year to CNY649.8 billion (USD101.7 billion) as growth in imports outstripped that of exports for the period.

China's total foreign trade grew 8.6 percent in May to CNY2.5 trillion, with exports and imports climbing 3.2 percent and 15.6 percent, respectively, to CNY1.3 trillion and CNY1.2 trillion. The trade surplus for the month slid 43.1 percent to CNY156.5 billion compared to last year.

China's foreign trade with major markets such as the EU, US, ASEAN and Japan rose over the past the five months, while imports and export activity with countries along the Belt and Road route rose faster compared with the overall rate. Over the five months, China's trade with Europe increased 7.3 percent annually to CNY 1.7 trillion, accounting for 14.6 percent of the country's total foreign trade and trade with the US saw a increase of 5.3 percent to CNY1.6 trillion, accounting for 13.5 percent.

Over the same period, exports and imports from the country's foreign-invested enterprises went up 2.2 percent and 6.6 percent, respectively, over a year earlier reaching CNY2.6 trillion and CNY2.4 trillion, respectively. Total trade in the sector inched up 4.3 percent to CNY5.0 trillion, accounting for 42.6 percent of China's total trade.