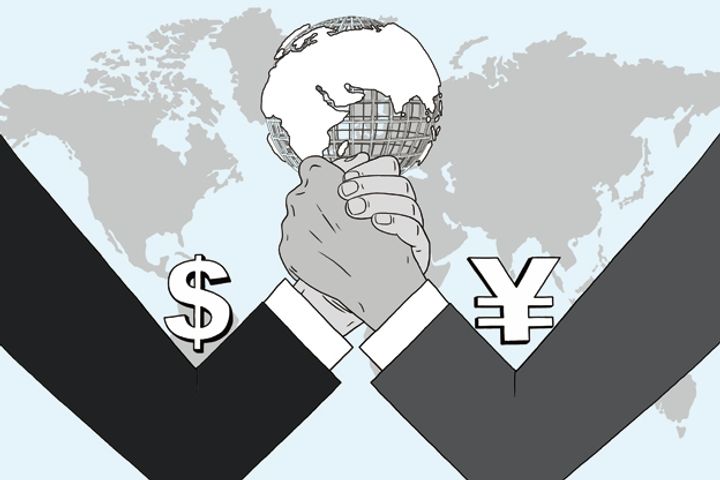 China, US Have Yet to Finalize Details of Trade Deal, Commerce Ministry Says

(Yicai Global) June 8 -- China and the US have yet to finalize the details of any trade agreement, the ministry of commerce said in reference to the latest round of negotiations between the world's two largest economies.

China understands that the US has expressed concerns over bilateral economic and trade cooperation, ministry spokesman Gao Feng said at a regular press briefing in Beijing yesterday. Ever since diplomatic ties were established in the 1970s, trade between the two has improved consistently despite difficulties, and mutually beneficial and win-win results have been achieved, he added.

Beijing is willing to cement the cooperation and settle the dispute properly through dialogue and consultation and hopes that the US will collaborate with China to maintain stable and healthy development of the economic and trade relationship, Gao said.

Officials from both countries are still battling over the particulars of a deal to avert a potential trade war as a mid-June deadline fast approaches for the US to slap tariffs worth up to USD60 billion on Chinese imports. That would likely prompt Beijing to trigger proposed retaliatory duties on American commodities and goods.

Speaking of China's proposal to buy nearly USD70 billion worth of US agricultural and energy products in exchange for the Trump administration not imposing new tariffs, Gao said the two sides held in-depth and detailed discussions over the weekend about specific trade cooperation matters, especially on agriculture and energy.

China is willing to increase imports from the US provided that both countries work together in the same direction. US President Donald Trump plans to bring in tariffs on Chinese goods, claiming unfair trade practices. China has also announced tit-for-tat tariffs on some US imports.

China's strategy is to pursue economic reforms and opening and import expansion, Gao said. The government is willing to increase imports from countries including the US to meet Chinese people's growing demand for a better life and the needs of high-quality economic development, he added.

The domestic market is growing, and the first China International Imports Expo will be held in November, Gao said. The country welcomes competitive foreign products and is committed to both creating an international business environment based on the rule of law and offering more convenient, transparent and foreseeable business environment for investors, which will benefit companies from all countries including the US.