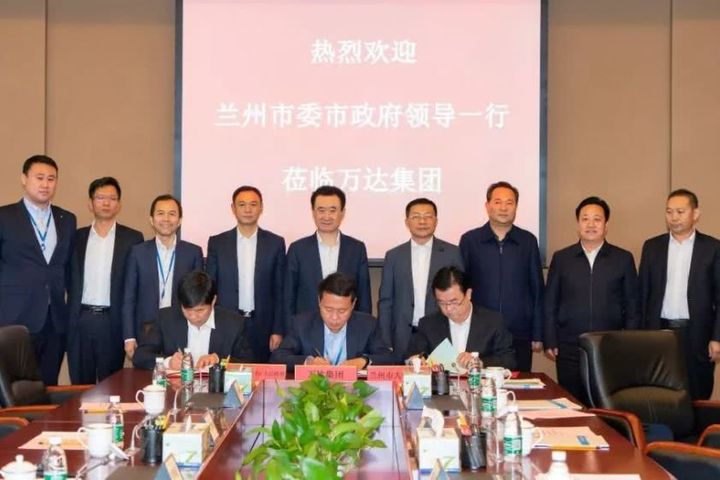 (Yicai Global) Nov. 8 -- Chinese conglomerate Dalian Wanda Group has shown its commitment to operating touristic cities in China's mainland, as a new one is deemed to pop up in the northwestern city of Lanzhou, despite the firm's recent related asset sales.

The Lanzhou Municipal People's Government and Wanda penned an agreement, under which the property developer will build its Wanda City in Gansu province, the Beijing-based real estate firm said on its website today. The investment for the 214-acre area will amount to nearly CNY30 billion (USD4.3 billion).

Wanda is optimistic about the development prospects of China's cultural tourism industry and will continue to invest in large-scale projects nationwide, the firm's president Wang Jianlin said upon signing the agreement.

The Lanzhou destination will involve a mall, marine park, sports center, theme park, bar street and resort hotels. The project is scheduled to start construction in 2019 and open in 2021 with an estimated number of 10 million tourists each year.

Lanzhou is an important hub along the Silk Road economic belt, said Mayor Zhang Weiwen. Wanda City will drive the development of cultural tourism in Lanzhou and facilitate the construction of the Belt and Road, he added, referring to the Chinese cross-border investment plan that should increase connectivity between tens of former Silk Road countries.

The property developer has signed another cooperation agreement for a touristic town project with the Yan'an municipal government in Shaanxi province and it has met with officials from other regional administrations, such as those from Xi 'an in Shaanxi province, Dunhuang in Gansu province, and Wuhan in Hubei province.