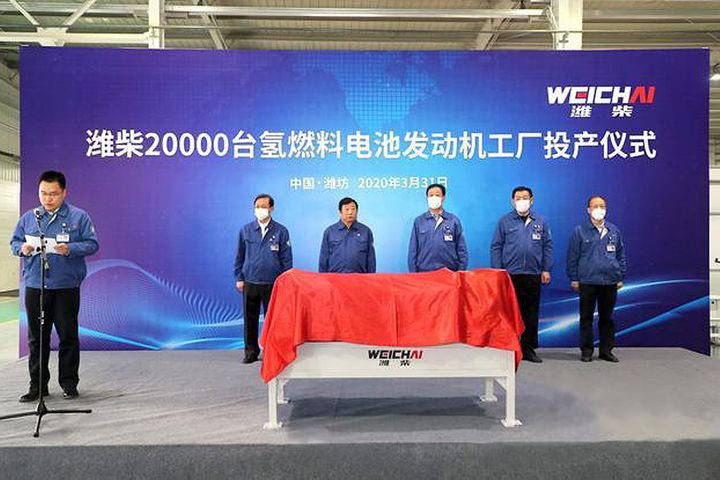 The factory can produce 20,000 units a year, the company said in a statement yesterday. Weichai will deliver the engines to domestic vehicle makers who will use them in Weifang's public transport sector, it added. Construction began in 2018.

The company has a full set of research and development test benches for key fuel cell materials, single cells, cell stacks, engines, power trains and vehicles, according to the statement, and has the tools to evaluate complete fuel cell systems and vehicles.