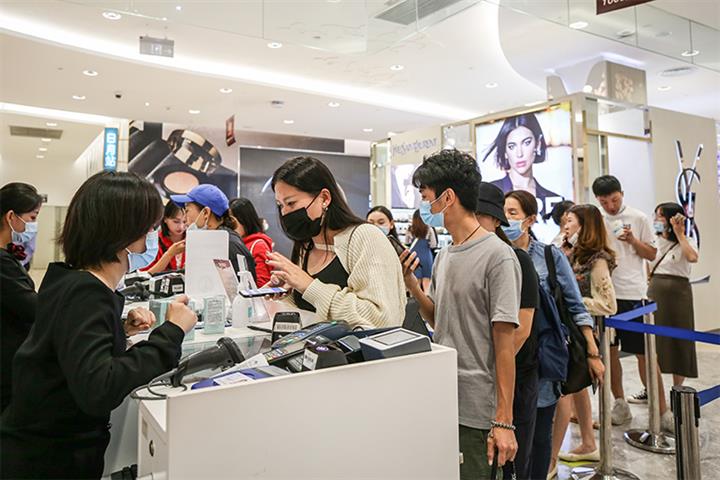 (Yicai Global) Sept. 16 -- China will lift some spending restrictions to revive slowing consumption amid serious flood damage and new outbreaks of Covid-19, according to the nation’s top economic planning body.

Retail sales growth, a key gauge of China’s consumption, braked in August to 2.5 percent from a year ago, down from 8.5 percent in July, data from the National Bureau of Statistics showed yesterday.

Easing spending restrictions can release consumption demand and boost the domestic market, Wu Chaoming, chief economist at Chasing Securities, told Yicai Global. The constraints mainly target mid-to-high-end consumption, including some services such as medical treatment that are not covered by insurance and big ticket items such as cars, he said.

The government will expand the scope of reimbursement in medical insurance and enable more people to have access to high-quality medical services, said Liu Yuanchun, vice president of Renmin University, noting that the authorities will ease restrictions on market access, taxation and pricing so that spending in such areas is done in China and not in other countries.

The government also aims to increase the number of people in the middle-income group and improve residents’ consumption capacity, the NDRC’s Chang said.