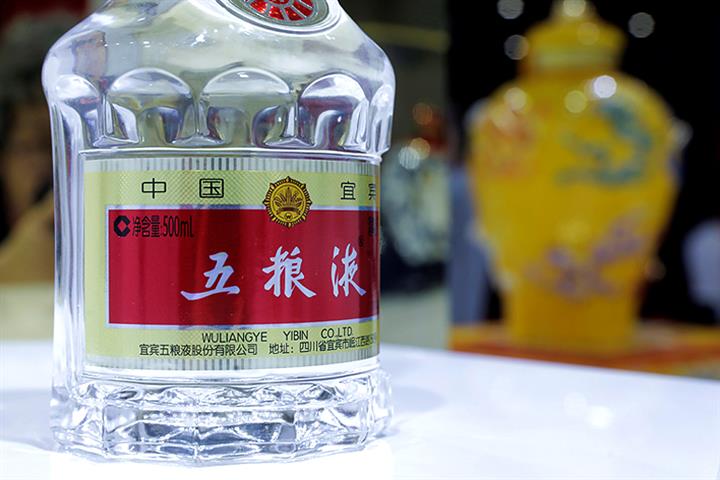 (Yicai Global) April 30 -- Chinese premium baijiu maker Wuliangye Yibin reported its strongest first-quarter earnings since 2013 thanks to higher prices and robust sales over the Chinese New Year, and will pay out its biggest annual dividend since going public more than two decades ago.

Strong consumer demand for alcohol has seen high-end bajiu prices and sales climb, pushing up the stock valuations of Wuliangye and larger rival Kweichow Moutai. Wuliangye [SHE:000858] has more than doubled in value in the past 12 months, though it dipped 1.6 percent today to close at CNY285 (USD44.08)

Wuliangye’s growth momentum remains strong this year as consumer confidence is recovering with stable pricing and the company is promoting its eighth-generation Wuliangye via group-buying channels, Southwest Securities wrote in a research note.

Sales of its signature Wuliangye liquor rose 5 percent to 28,000 tons last year. The company has annual capacity to produce 26,000 tons of the high-alcohol spirit. Meanwhile, wholesale prices of its eighth-generation Wuliangye, launched in June 2019, rose to almost CNY1,000 (USD155) per bottle.

Wuliangye has had a good start to the year, analysts at Hua Chuang Securities said, adding that wholesale prices should remain above CNY1,000 a bottle even during off-season.

The company has paid out a total of CNY39.6 billion in dividends since its initial public offering in Shenzhen in 1998, more than 10 times what it raised from the IPO, according to public data.