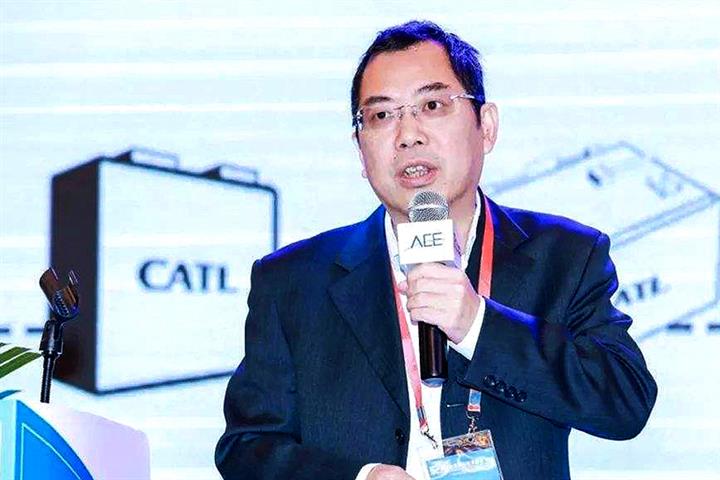 (Yicai Global) Aug. 2 -- Shares in Contemporary Amperex Technology slid as much as 2.8 percent today after the Chinese electric car battery titan said yesterday that its co-founder, deputy chairman and second-biggest shareholder has abruptly departed to pursue other interests in the renewable energy storage field.

Huang Shilin, who is a founding member of CATL and has been vice chairman for many years, resigned from all his corporate positions, which also include director of the board and deputy general manager, effective yesterday, the company said.

He will be replaced as vice chair by former general manager Zhou Jia, who is just 44 years old, and Chairman Zeng Yuqun will serve as general manager, the Ningde, southeastern Fujian province-based firm said.

55-year-old Huang, who holds a 10.7 percent stake in CATL, second only to Zeng, is not allowed to sell any of his equity until six months after his departure, CATL added, citing company regulations.