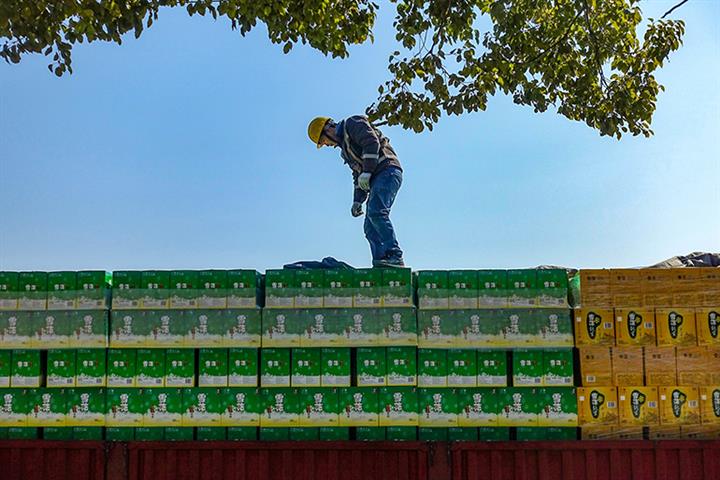 (Yicai Global) Nov. 22 -- The Chinese beer industry is changing with a new generation of consumers and more premium preferences, according to the chief of the owner of brands Snow Beer, Blue Sword, and Green Leaves.

The industry will face the "last battle," especially in the high-end beer market, Hou Xiaohai, chairman and general manager of China Resources Snow Breweries, said during a conference recently.

The target for CR Snow is to outperform its rivals in terms of sales in the upscale market, which means direct competition with major brands in key markets, beer expert Fang Gang told Yicai Global. The firm's Snow Beer is currently the third-most sold domestic premium beer.

Channel barriers have been removed so breweries not only need to surpass but overwhelmingly beat their rivals to reshape the landscape, Fang said. Consequently, CR Snow made a strategic decision to hold its national channel partner conference in Fujian’s Xiamen, the core market of its rival Budweiser.

Southeastern China's Jiangxi and Fujian provinces are major markets for Budweiser, so the event location is a provocation from CR Snow and an attempt to expand its brand and channel influence, Zhu Danpeng, deputy director at the Guangdong Food Safety Guarantee Association, told Yicai Global.

In the past decade or so, the battles in beer industry were about seizing new channels or markets, that resulting in larger player takeover the smaller ones in regional market, and this round of competition is simply the direct clash of the industry giants, and it is not easy to predict the result, Zhu said.

Moreover, the focus is shifting to a new generation of consumers. Generation Z is becoming the major market of beer buyers, and their demand and consumption scenarios are quite different from those of previous generations, Hou explained.

Consumers in first-tier cities are showing more diversified demand with a stronger sense of personal choice, Chen Hao, a liquor seller in Shenzhen, told Yicai Global. They tend to choose brands that resonate with them instead of the traditional brands exclusive to certain stores so beer producers need to adapt to the demand, Chen added.