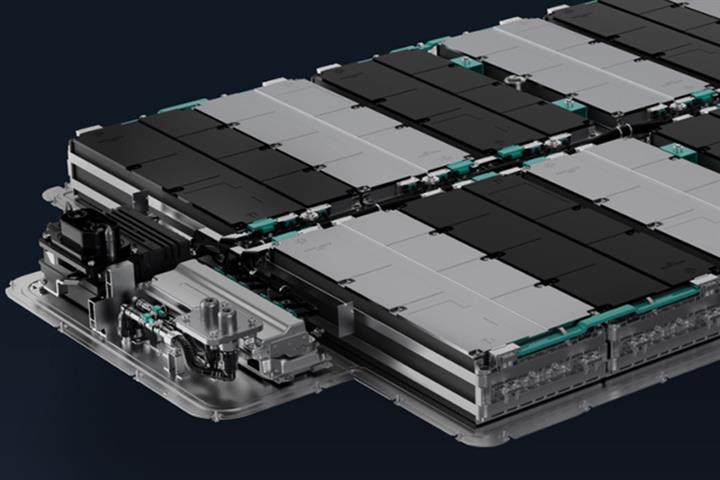 Solid-State EV Batteries Will Not Be Commonplace Until 2025 or Later, Experts Say

(Yicai Global) Jan. 15 -- Widespread use of solid-state batteries in electric vehicles will only be possible by 2025 or later due to technological and cost issues, industry insiders told the National Business Daily after Chinese automaker Nio said it will start putting them into vehicles next year.

Shanghai-based Nio recently unveiled its ET7 prototype equipped with a 150-kilowatt-hour solid-state battery instead of a commonly used liquid battery for delivery in the fourth quarter of next year.

Still, industry and market participants expect at least another five years to pass before solid-state packs, considered one of the most ideal battery technologies, are fully commercialized.

These batteries use solid electrodes and electrolytes and have relatively better electrochemical stability than liquid batteries, according to Ma Xiaoli, deputy secretary-general of the China Automotive Power Battery Industry Innovation Alliance.

They will solve the problems associated with lithium-ion batteries such as low safety, low energy density, slow charging speeds, and short life cycle, according to Yang Weibin, chairman of Beijing Qinghua Automotive Technology.

Nio’s new power pack is not a completely solid state unit, according to Wu Hui, general manager of the research department at the China Yiwei Institute of Economics. It is semi-solid state battery that contains a small amount of electrolyte.

Ma thinks mass production will not happen until 2025, while Wu believes at least five to 10 years are needed as many technical problems have yet to be resolved.

“The mass production of all-solid-state batteries is still a long way off,” Ma said.

A source with Hunan Chinaly New Material, a lithium-ion battery separator firm, also said that solid-state batteries are still a long way from commercialization and will not affect its battery separator business development in the short run.