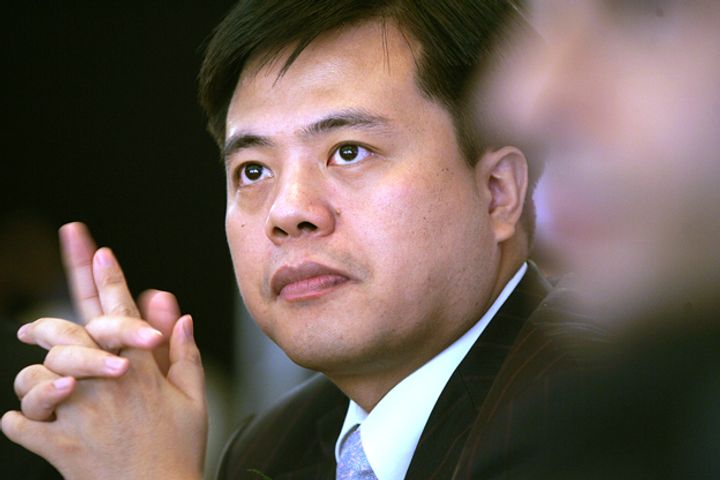 (Yicai Global) Sept. 12 -- Chinese billionaire and philanthropist Chen Tianqiao recently released a documentary in Menlo Park in the US state of California. Minds Wide Open, a documentary focusing on neuroscience, was planned by Chen and produced by BBC Studios Documentary Unit.

In the latest documentary, 12 famous scientists from the University of California, Berkeley, California Institute of Technology, Harvard University, Huashan Hospital of Fudan University, University of Oxford and Stanford University, introduce their significant progress in brain science research, psychology, neuromedicine, biology, robotic technology and artificial intelligence, showing how these can help those suffering from neurological ailments.

Richard Andersen, a professor of neurology at Caltech, led his group to develop technologies that help quadriplegics use mind-control to move mechanical prosthetic limbs, as the documentary shows.

Chen deems the technology the most exciting achievement in brain science. "At the brain-computer interface center, Prof. Andersen can manipulate the brain of a paralytic to simulate sensations of touch and others. One patient has no feeling in his body below a certain level. However, after Richard's stimulation, the patient does experience tactile sensation," Chen told Yicai Global in an exclusive interview in April last year.

He also mentioned another exciting case in which Dr. David Anderson, TCCI director and an academician with the US National Academy of Sciences, manipulates a mouse's emotions. "When he pressed one button, the mouse became placid, but when he pushed another one, the mouse was aggressive," Chen told Yicai Global. "All aggressive behaviors are controlled by a group of neurons," he added.

Anderson is the key figure pervading the entire documentary. The human brain is an extremely complicated organ and some scientists see it as an electronic instrument with which to conduct research, while others do their research from the perspective of chemistry. All these angles are reasonable and also show the importance of the cross-border brain research method to achieve true progress.

Chen has discussed issues of disease, birth, death, illness and geriatrics with many scientists in recent years. They have concluded that people should strive more to thoroughly understand the mysteries of the human brain, Chen told Yicai Global.

The answer to these essential problems can aid the understanding of diseases, and then offer pharmaceutical companies guidelines, in his view. An ever more thorough understanding of the brain will increasingly impact the entire society, enabling humans to solve problems of concern to all, including suicide, terror, depression and anxiety.

It will also trigger a technological revolution. "I have visited many labs and held exchanges with many scientists and seen many technological achievements that have thus far only appeared in science fiction movies," said Chen.

That the ultimate version of virtual reality is dreaming, is his abiding belief. "Our brains are powerful enough to create a virtual world that can imitate voices and the sense of reality, which is incredible," said Chen.

Chen is quite optimistic as to the possibility of technologies like brain-computer interface and mind-reading experiments in the next ten years. "In my view, our technologies have reached an extreme. We have tried our best to change the external world, aiming to meet our brains' demands," Chen told Yicai Global.

"If we want to do more, however, we must learn our inward world. Therefore, to decode our brains will be the task of the next stage; otherwise, we will never improve our sense of satisfaction and happiness."

TCCI joined hands with Huashan Hospital of Fudan University and Zhou Liangfu Medical Development Foundation and established the TCCI for Brain Disease at the end of last year. This also marked a major investment deal by Chen in Chinese brain science research.

Chen has spent most of his time on basic scientific research in the US in recent years, but has always believed he should pass the ball to whoever is closest to the goal, be they Chinese or American. He is also greatly concerned over China's brain science development, he told Yicai Global. His institute is closely associated with Chinese top neuroscience institutions like Fudan University and Zhejiang University, which are striving for breakthroughs.

"We expect to build up a platform that gathers Chinese elite brain disease experts that can facilitate research into such illnesses and clinics, and ply basic research exchange and international cooperation," Chen said.

The Research Center for Brain-Inspired Intelligence located in the Zhangjiang Lab in Pudong district demonstrates the city government's support, Yicai Global has learned.

Chen is now also hunting for new investment objects in the brain intelligence technology field. "TCCI has three major tasks in brain research, namely brain discovery, brain treatment and brain development. Caltech and Huashan Hospital are the implementers of the first two tasks, and we are now hunting for cooperative institutions that can undertake brain development, which must address the applications of brain-inspired sciences and artificial intelligence," he told Yicai Global.

The role of AI in the fourth industrial revolution only represents part of its potential, and cognitive science should be a substantial part, he believes. "If we have no idea about our own intelligence, we will never master AI and higher-level AI. I think our current AI does not represent real intelligence," Chen said.