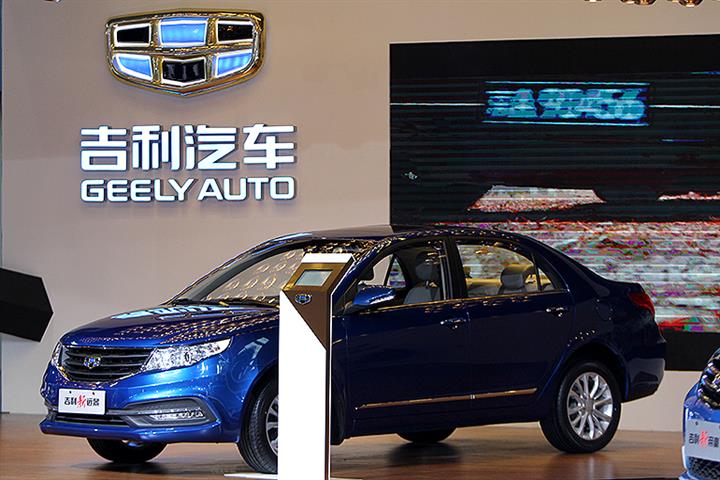 (Yicai Global) Nov. 2 -- Chinese carmaker Geely Automobile Holdings is preparing to plough CNY150 billion (USD23.4 billion) into research and development over the next four years to develop at least 25 smart new products, including its own 7 nanometer and 5nm semiconductor chips.

As part of its ‘Smart Geely 2025’ strategy, Geely will start to develop its own electrical and electronic architecture, basic software, smart cockpit software and autonomous driving software, as well as intelligent car software and hardware systems, the Hangzhou-based company said on Oct. 31.

Geely will realize self-development in chips, satellites, batteries and swapping stations, Chief Executive Officer Gan Jiayue said. It will set up a team of 6,000 software engineers to drive development.

The carmaker already has an in-house developed central control chip, the SE1000, which is China’s first automotive-grade 7nm system-on-chip that should be available from next year. There will also be two 5nm supercomputing chips released in 2024 and 2025 to meet the needs of Level 3 autonomous driving, where the car can perform certain prescribed tasks on its own.

Geely is aiming to be the best-selling NEV brand in China by 2025 with yearly sales of 900,000, 70 percent of which will be its Zeekr marque, it said. Sales of Geely-branded conventional cars should also reach three million a year by then.

The firm expects to expand its gross profit margin per vehicle by 30 percent by 2025 to around 8 percent. At the moment Geely’s margin is 6.7 percent and the company made an average of CNY84,200 (USD13,160) on each auto in the first half.

The carmaker also plans to realize blind spot-free vehicle-to-infrastructure communication worldwide and high-precision positioning down to the closest centimeter by 2026.

Overseas sales should reach 600,000 by 2025 and it will open over 600 sales outlets around the world, it said. The firm will focus on countries participating in the Belt and Road Initiative in Eastern Europe, the Middle East, Southeast Asia, Africa and South America. Its Swedish luxury brand Lynk & Co will focus on the Russian, Malaysian, Australian and New Zealand markets.

Through its partnership with Malaysia’s national car brand Proton Car, in which Geely holds a 49.9 percent stake, Geely will use its new technology to create a ‘Proton Model’ that will be the number one auto brand in Malaysia and one of the top three in Southeast Asia, it added.