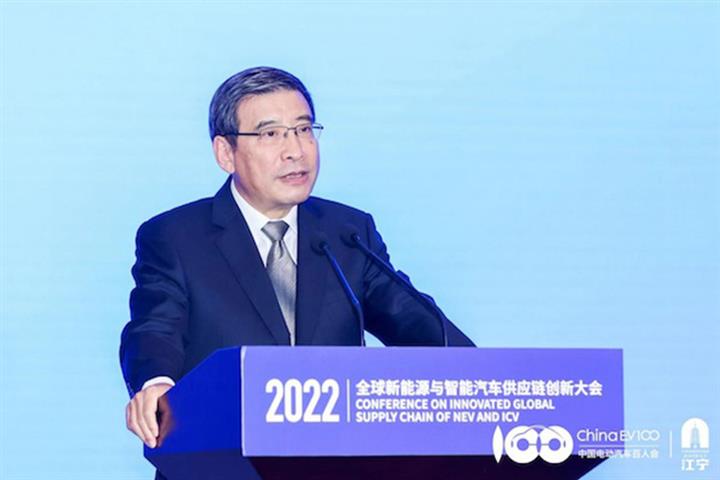 (Yicai Global) Sept. 7 -- Chinese automobile manufacturers have bigger problems than the current chip shortage as most of them lack a homegrown operating system, according to a former minister.

"Car vendors already have a profound understanding of the constraints caused by the chip shortage but most of them have not realized that the absence of an [homemade] operating system will be a fatal issue," Miao Yu, ex-minister of the Ministry of Industry and Information Technology, said at a new energy vehicle forum yesterday.

The intelligent car industry may be following the same pattern as the smartphone sector did earlier. In the next three to five years, a foreign open-source OS could take the lead and be installed in smart cars around the world. Alphabet has introduced Android Auto and it is entering cockpits and chassis, Miao added.

China is not pursuing 100 percent domestic production, Miao said. But the country must take precautions to prepare if certain countries restrain China's fastest-growing industries and companies, he added.

Capable domestic car vendors can build their own OS, the ex-minister said. Fortunately, China still has from three to five years before the global smart vehicle landscape becomes more established, he predicted.

China's annual NEV production has made up more than half of the global total for several years in a row, Miao said. The domestic NEV penetration rate should reach 20 percent this year, three years ahead of the earlier target.