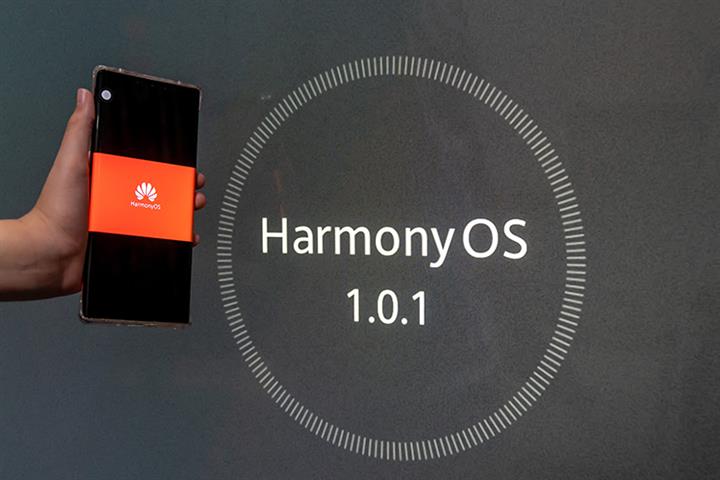 (Yicai Global) May 25 -- Huawei will turn its self-developed operating system HarmonyOS into an open source platform to expand its ecosystem with more developers, according to an executive.

"The system will become fully open source soon," Wang Chenglu, president of Huawei's consumer business software division, said during a speech yesterday. All developers may be able to use it shortly, he added.

The Chinese tech giant released a beta version of HarmonyOS for mobile phone developers on Dec. 16, 2020, less than two years after the US government placed Huawei on its so-called Entity List in May 2019 over national security concerns while prohibiting it from buying US-made technologies.

Huawei’s goal this year is to develop 300 million devices equipped with HarmonyOS. Some 200 million of them should be Huawei-branded devices and 100 million made by others.

It takes from five to seven years to build a successful ecosystem around an OS, but Huawei attempts to do this in about a year, Yang Haisong, vice president of the Shenzhen-based firm's consumer business AI and full-scenario business department, said earlier. This will be Huawei's biggest challenge in ecosystem construction, he added.

But the difficult task means that the Chinese telecoms company can design something totally new. Huawei's OS will never be just another Android or Apple iOS, said Wang. It is worthless to make a similar OS with similar functions for smart devices, he explained.

"All connections today are shallow connections, just like [devices] holding hands," said Wang. But HarmonyOS can integrate data and achieve distributed databases, file systems, and computing, so the OS allows all connected devices to work like one, he added.

The source code will be much to dig into. HarmonyOS 2.0, which supports smartphones, wearables, TV sets, and tablets, has about 4.6 million lines of key code, Yicai Global learned.