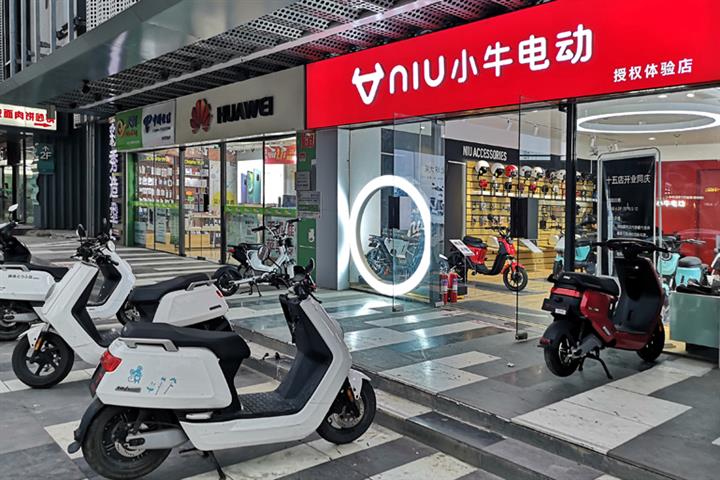 (Yicai Global) Aug. 5 -- Niu Technologies is seeking an alternative to lithium batteries for its e-bikes amid surging raw material costs, and it is considering sodium-ion batteries as a replacement because of their higher cost advantage, according to the chief executive officer of the Chinese electric scooter maker.

Niu adjusted the structure of its battery products, Li Yan told Yicai Global. The proportion of e-scooters equipped with lead-acid batteries has increased this year, mainly because lead-acid batteries are technologically advanced and can meet consumer demand in second- and third-tier cities, but also due to high lithium battery prices, Li added.

The Hong Kong-based firm raised the prices of e-bikes equipped with lithium batteries by CNY200 (USD30) to CNY1,000 (USD148) on April 1, with an overall markup of around 7 percent.

Niu’s products used to target the high-end market. From 2017 to 2020, the average price of its electric products started from CNY4,000, while that of products from rivals such as Yadea ranged from CNY1,500 to CNY2,000. Niu’s market share in major cities remains large, Li told Yicai Global.

The Covid-19 epidemic had a great impact on Niu. Its total sales declined 17.4 percent to 209,000 units in the second quarter from a year earlier, with domestic sales down 26.7 percent to 180,000 units. The firm’s gross profit margin also fell to 19.1 percent from 23.8 percent in the three months ended March 31 from the same period a year ago.

The decline in retail sales in first-tier cities affected by outbreaks, such as Shanghai and Beijing, directly impaired domestic sales in the second quarter, said Zhou Wenjuan, chief financial officer of Niu.

Lower gross profit margin is a result of both higher costs amid rising battery material prices and changes in product structure, Zhou noted, adding that the launch of mid-range products also dragged down the overall gross profit margin, which remains at a normal level for the industry.

“Sales have largely recovered, given the July performance of the company’s stores,” Zhou told Yicai Global. “Daily sales in some areas showed nearly double-digit growth from a year earlier.”