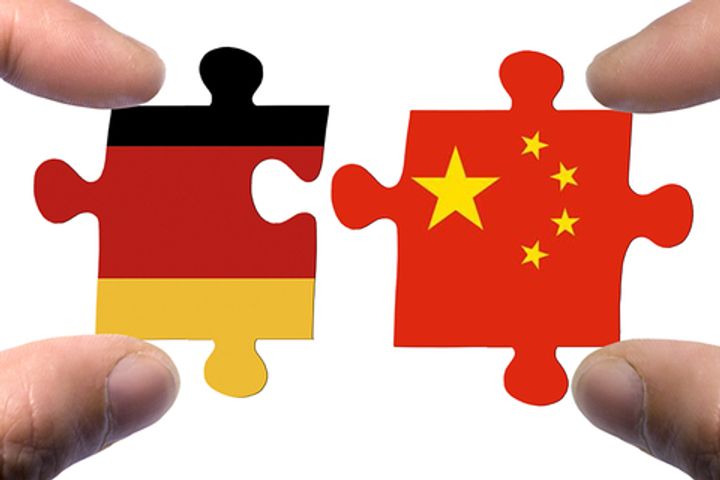 Chinese Enterprises' Investments Do Not Pose a 'Threat' to Germany, Says Ministry

(Yicai Global) Feb. 2 -- China has responded to remarks by a high-level German state secretary who warned against China-led acquisitions of European businesses on the continent. Investments between China and Germany have remained stable and got more balanced, China said, pointing to the fact that the overall volume of Chinese investments in Germany is relatively small compared with the total.

European governments should work together to curb the rise in China-led acquisitions of businesses in the continent, said Matthias Machnig, state secretary at the Germany's Federal Ministry for Economic Affairs and Energy recently. Chinese investors do not pose any "threat" to the German economy at all, said Gao Feng, spokesman for China's ministry of commerce, in response.

While Chinese firms have stepped up investment in Germany in recent years, their input into the German economy is small relative to the total value of foreign investments in the country, Gao said.

Germany, France and Italy have recently drafted new legislation and submitted it to the European Union, proposing to ratchet up scrutiny and control of mergers and acquisitions involving foreign investors. The move is believed to be leveled at China. Matthias Machnig called for efforts to effectively stem "takeover fantasies" of Chinese companies, various European media outlets reported on Jan. 31.

China takes note of German minister's remarks and protectionist tendencies in some European countries, Gao said. China also expressed concerns over the proposed legislation, which calls for setting up a foreign investment review framework within the EU. During the recent World Economic Forum (WEF) held in Davos, leaders of European nations including Germany had come to the conclusion that trade protectionism could not bring a bright future, and anti-protectionism has become the common consensus in the international community, Gao noted.

Chinese enterprises make investment decisions purely based on market considerations, and their deals brought in capital, created jobs and enabled European businesses to expand to Asian markets, he reminded.

The economic complementarity between China and Europe means that China-European investment partnership has great potential for future growth, and that win-win cooperation is the general direction for bilateral trade relations going forward. Both sides advocate investment liberalization and facilitation. China will expand economic opening further, continuously optimize the domestic business environment, and encourage competitive Chinese companies to participate in investment and trade activities in Europe.

European governments including Germany's should take an objective attitude toward enterprises' market-based business decisions, Gao emphasized, and create a predictable business environment for Chinese companies as well as businesses from other countries. Participants at the WEF have pledged to fight against protectionism, and they should practice what they preach.