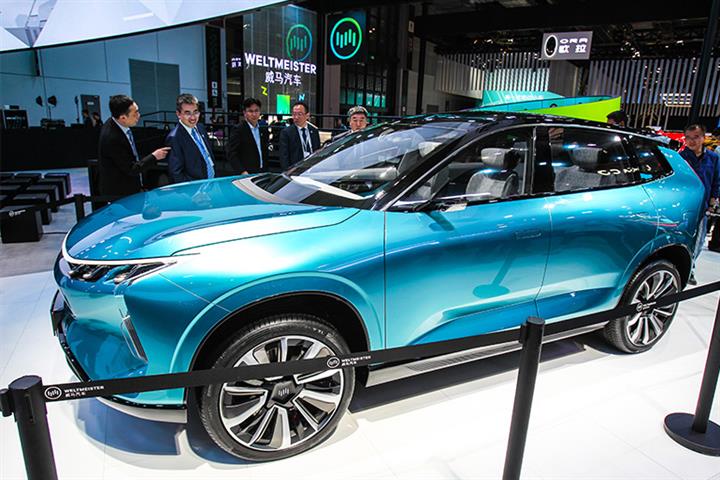 (Yicai Global) Oct. 8 -- WM Motor Holdings has secured over USD300 million in its latest funding round led by Hong Kong telecoms giant PWWC and conglomerate Shun Tak Holdings, the first time that the Chinese electric car startup has brought in investment from outside the mainland.

Other participants in the D1 round included GF Xinde Investment Management, the Shanghai-based carmaker said on Oct. 5. The funds raised will be used in the research and development of autonomous driving technologies and other smart products.

It is likely to be the largest private equity investment in a Chinese EV startup from outside the mainland in the past year, and could be paving the way for an overseas listing, market insiders told Yicai Global. PCCW is owned by the family of the late Hong Kong business magnate Li Ka-shing and Shun Tak Holdings is run by the family of the late Hong Kong-Macau tycoon Stanley Ho.

WM Motor filed to list on the Shanghai Stock Exchange’s Nasdaq-style Star Market last year, but there has been no further word on this. The company might abandon the plan to go public on the mainland, where the review process is getting stricter, and instead turn to an overseas listing, the insider said.

A D2 series is also planned, which is expected to bring in a further USD200 million, the firm said. This is on top of CNY10 billion (USD1.5 billion) that it secured in a D-round in September last year, led by auto behemoth SAIC Motor. Up until the end of last year, WM Motor had raised over CNY30 billion (USD4.7 billion).

In the first three quarters, WM Motor sold more vehicles than it did in the whole of 2020, at 29,043 units, according to company statistics. So far the carmaker has shifted over 70,000 vehicles since it started mass production in 2018.