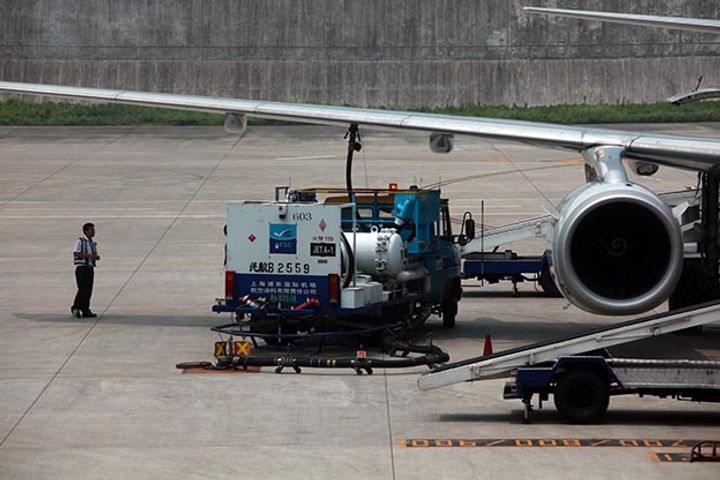 (Yicai Global) Dec. 4 -- Airplane fuel surcharges for flights serving routes in China are expected to fall for the first time in six months following a sharp decline in the price of oil.

The adjusted fuel surcharge for domestic routes from December 5 is CNY30 (USD4.4) per adult passenger for routes of over 800 kilometers and CNY10 for those up to 800km, an insider at Chinese carrier Lucky Air told Yicai Global.

The fall is linked to oil prices, which have continued to fall since October. Crude prices declined 20 percent in November, marking the largest monthly drop in 10 years. The ex-factory price of domestic aviation kerosene also fell to CNY5,711 (USD820) per ton in December.

China's airlines can charge fuel surcharges when their procurement cost of domestic aviation kerosene exceeds CNY5,000 yuan per ton, in line with national regulations. Carriers resumed the charges in June when kerosene procurement costs hit CNY5,859 per ton, exceeding the threshold for the first time since February.

The ex-factory price of aviation kerosene rose again in November to CNY6,218 per ton, and the fuel surcharge for domestic routes over 800 kilometers subsequently increased to CNY50 per passenger.

The adjustment of fuel surcharge cannot fully cover airlines' cost changes caused by fluctuating oil prices. They make up around 65 to 75 percent of oil cost increases, an insider from China Southern Airlines said.

Their bottom lines are expected to be boosted in the fourth quarter as domestic aviation kerosene prices fell sharply this month.