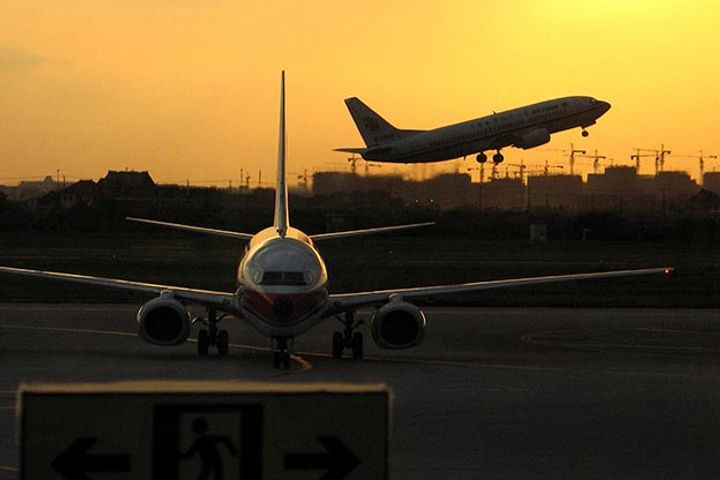 (Yicai Global) June 5 -- A host of Chinese airlines are collecting fuel surcharges on domestic routes for the first time in three years after surging oil prices pushed the cost of jet fuel past a government-set threshold for the practice.

China Eastern Airlines, Air China and Spring Airlines will all charge CNY10 (USD1.56) per person, per leg, they announced online yesterday after a similar announcement from Kunming Airlines. They will start charging the rates from today and, unlike previously, charge the same rate for flights with a distance greater than or less than 800 kilometers. Children and disabled veterans will be exempt from the charge on some of the carriers' flights.

The companies have been unable to collect fuel surcharges on domestic routes since the international oil price dipped in 2015. But jet fuel costs, which make up the bulk of airlines' operating expenses, have been creeping back up and surpassed the CNY5,000-a-ton (USD780) threshold at the end of last month. They are free to set their own rates for international flights, but must log them with the Civil Aviation Administration.