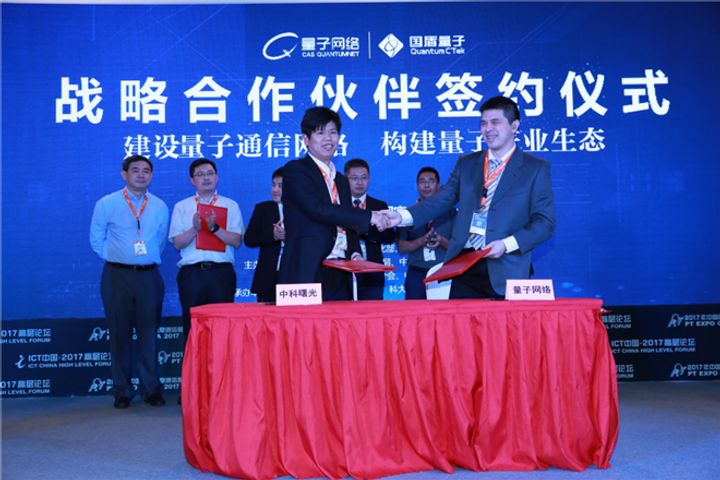 Advances in quantum computing research throughout the world will make quantum computers a reality in the foreseeable future. It takes one traditional computer 150,000 years to crack a cryptographic key, but a quantum computer can do it in one second, and China thus needs to develop its own quantum communication industry as quickly as possible, said Cao Zhennan, a vice president at Dawning Information Industry.

Dawning Information Industry and CAS Quantumnet are both hi-tech enterprises affiliated with the Chinese Academy of Sciences (CAS). The former is a leader in the high-performance computer field. It is the developer of Dawning 6000, Asia's first and the world's third supercomputer with a computing capacity of over 1,000 trillion operations per second.