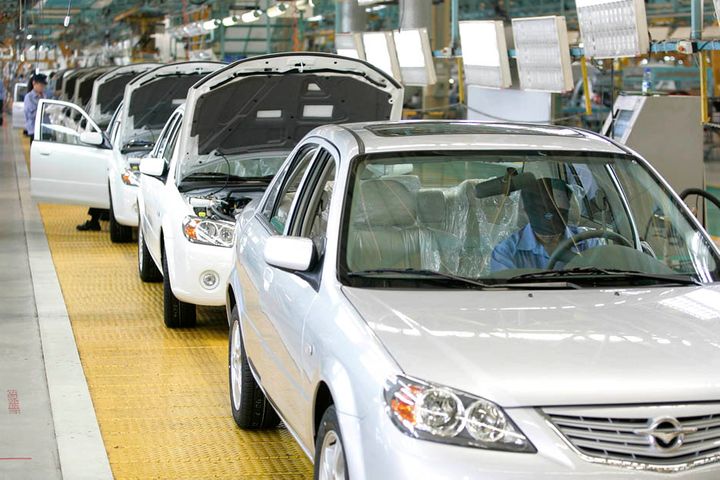 (Yicai Global) Nov. 13 -- China's passenger car makers are losing ground at home. Their market share has been below 40 percent for months, according to a leading industry body, as an unprecedented slowdown in sales rumbles on.

Chinese automaker's slice of the pie shrank 1.7 percentage point to 39.9 percent in October from a year earlier, the China Association of Automobile Manufacturers said in a statement on Nov. 11. Their year-on-year sales slumped 9.6 percent to 770,000 units, it added.

Auto sales in the country, the world's biggest vehicle market, entered a downturn last year for the first time in over two decades. The slowdown moved into its 16th consecutive month this October, according to CAAM's data. Even sales of new energy vehicles have stalled amid phased cuts in government subsidies for NEVs.

"The overall market is indeed in a downturn and poses challenges especially for some self-owned brands that lack brand strength and core competitiveness," said Xu Haidong, assistant secretary-general of the CAAM.

Guangzhou Automobile Group has kept on reporting narrowing sales, while Haima Automobile's sales have plunged by as much as 60 percent over the 10 months.

But some have managed to keep their heads up. Strong brands such as Great Wall Motors have bucked the trend. In October, the firm even increased its sales, but was still a fifth below its annual target. Geely Automobile Holding also halted the decline last month.