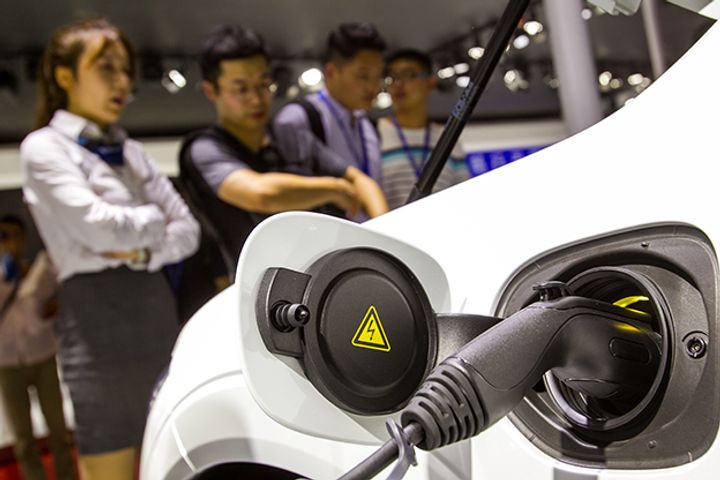 NEV sales leaped 138 percent to 96,000 units, according to data published by the China Association of Automobile Manufacturers yesterday. Overall motor sales fell 15.8 percent on the year to less than 2.4 million, with passenger vehicle sales plummeting 17.7 percent to make up about two million of the total.

The spike in electric car sales was in line with expectations, CAAM's Assistant Secretary General Xu Haidong told Yicai Global, adding that the government is set to unveil new subsidy policies soon. The changes are likely to result in further reductions to discounts available on NEVs.

The overall continued the slump over the second half of last year, Xu added, saying that February sales will be low too, largely due to the week-long Chinese New Year holiday and reduced purchasing power.

CAAM's retail sales figures differed largely from data published the same day by the China Passenger Car Association, which showed that sales of passenger car sales fell just 4 percent on the year to around 2.16 million vehicles. CAAM calculates its statistics based on manufacturers' wholesale data, Xu added, saying that the two organizations had similar numbers for wholesale shipments.

The CPCA data suggests that retail sales in January were considerably better than the 15 percent decline over the last quarter of 2018, and even logged growth for two consecutive weeks last month.

Inventory cleanups at manufacturers and dealers were the main reason behind the discrepancy in wholesale and retail sales. Many carmakers reduced their bulk selling in January to maintain steady development and reduce excess stocks at dealerships as the market slows down.

Dealers were also unwilling to receive vehicle batches in late January as it was too close to the Chinese New Year holiday, according to the CPCA.