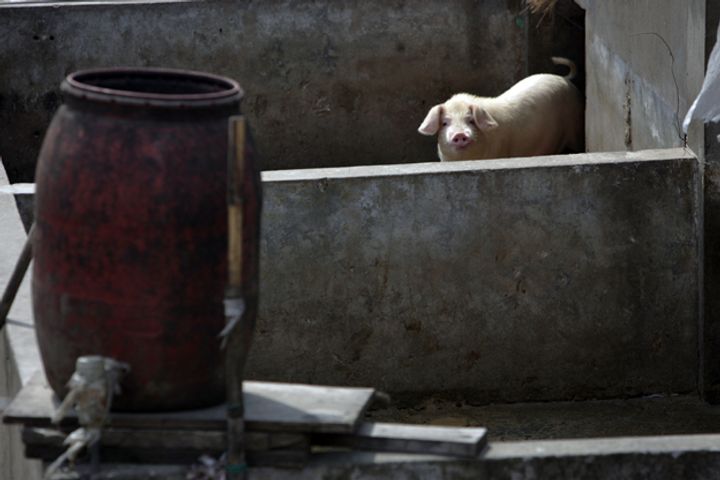 (Yicai Global) Aug. 29 -- African swine fever cropped up in four regions of China this month. The outbreaks have been effectively brought under control, but the possibility of new incidences cannot be excluded, China's agriculture ministry said today.

A confirmation of ASF virus contamination of some livestock culled is still pending subject to further investigation, an official with China's Ministry of Agriculture said. ASF has spread in China's neighboring countries for a long time, and thus the risk of reintroduction remains high, the official stated.

Some cows have also been infected with O-type foot-and-mouth disease in northern China's Inner Mongolia Autonomous Region, with 36 diseased and 12 that succumbed to the sickness. The local government has culled 100 infected cows as well as those that had contact with them, and those slaughtered as a precaution have now been declared disease-free, thus bringing the local outbreak under effective control, per the statement.

A case of human-infectious cow anthrax also cropped up in the Tongliao area of the region earlier this month.

O-type FMD is an acute, highly infectious disease that afflicts animals pigs, cattle, and sheep. The disease spreads rapidly and has a high incidence. It must be reported under the rules of the Paris-based World Organization for Animal Health and falls within China's A category of livestock ailments.

O-type FMD is common in China. Zhengzhou, the capital of Henan province in central China, one of the areas in which ASF has broken out, also announced an O-type FMD in pigs on Aug. 14.