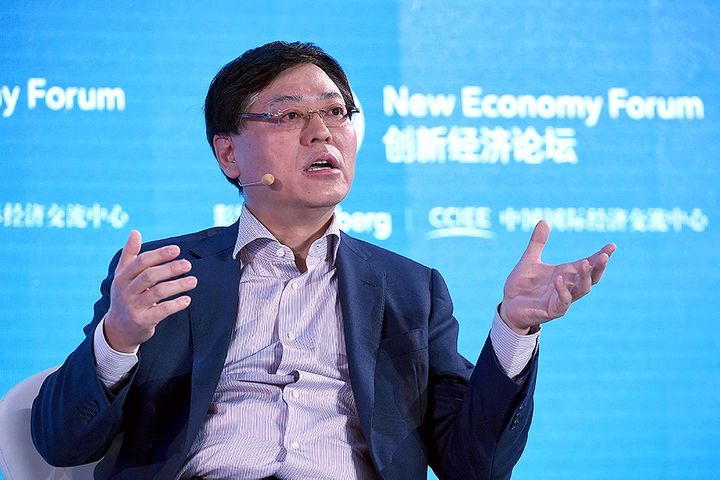 (Yicai Global) Nov. 22 -- Chinese technology company Lenovo Group will stick to the development strategy of 'closely integrating globalization and localization' to smooth the way for the firm to go global and hone its competitive edge in the international market, Yang Yuanqing, the company's chief executive and chairman of the board, said today.

Competing in the sector based on market rules explains Beijing-based Lenovo's current achievements in its worldwide growth, Yang told Yicai Global on the sidelines of the two-day second New Economy Forum sponsored by Michael Bloomberg as it wrapped up today in Beijing. The company knows how to compete and is adept at it, Yang added. This aptitude may explain the firm's status as the world's largest vendor of personal computers with an over 25 percent global market share in the second quarter, according to online news portal TechRadar.

The company's strategy in its globalization has always hewed to the principle of globally allocating resources and positioning global markets on a balanced basis, Yang stressed.

The firm has formulated its '3C rules' for localization, he added.

The first C stands for 'capabilities,' which are the firm's capacity to fully exploit local talent in different markets.

The second C is 'compliance,' which means Lenovo's employees will strictly observe the laws and regulations of local markets and regulate themselves with the highest business ethics and moral virtues.

The third C refers to citizenship, on the basis of which Lenovo staffers will respect local cultures and forge partnerships of trust with parties in local markets and give back to local communities and societies.