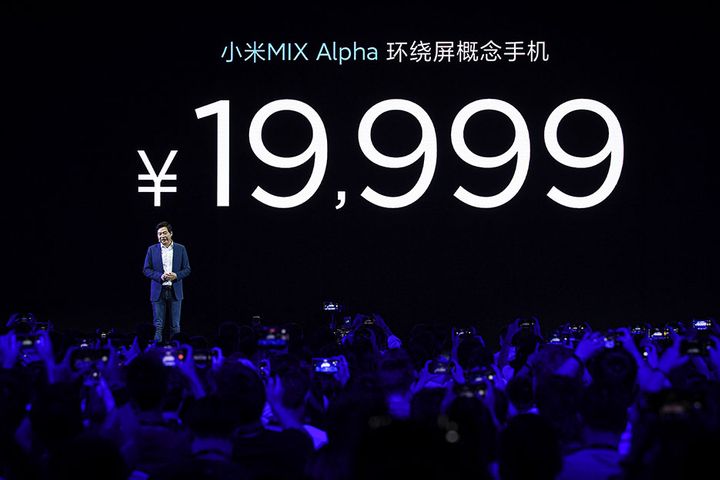 The retail price of the top-shelf MIX Alpha with a surround display around the entire phone goes as high as CNY19,999 (USD2,811). This move represents the Beijing-based firm's maximum effort thus far to storm the high-end market.

The last time domestic handset makers achieved such a great breakthrough was when Shenzhen-based Huawei Technologies introduced its folding phones, which were to have hit the market in July, with the first batch consisting of 100,000 units, but which have not yet come online to date.

This new concept phone adopts a Qualcomm Snapdragon 855+ processor, with a 512-gigabyte storage and 12-gigabyte random access memory. It supports both the 5G network and every network type from 2G to 4G operated by the top three Chinese telecoms China Mobile, China Unicom and China Telecom. It also accommodates two SIM cards and the device's surround display incorporates screen sound-casting technology. It has three cameras at the rear, with the main one having a 100-million-pixel resolution. The handset's small-scale mass production will begin by December, Lei Jun, Xiaomi's founder and chairman, said at the launch ceremony.

Xiaomi's prospects for future growth will suffer if it hews to the strategy of offering a high price-performance ratio, so the brand must undergo a transformation, home appliance sector analyst Liu Buchen told Yicai Global, adding this high cost-performance ratio strategy will be devolved to its Redmi sub-brand.

Xiaomi has been tarred with the 'price-performance ratio' brush and eradicating this stigma cannot be achieved within the short term. Though it offers an opportunity to profit, the firm will scarcely win recognition from the capital market without shedding this downmarket label, Liu added.