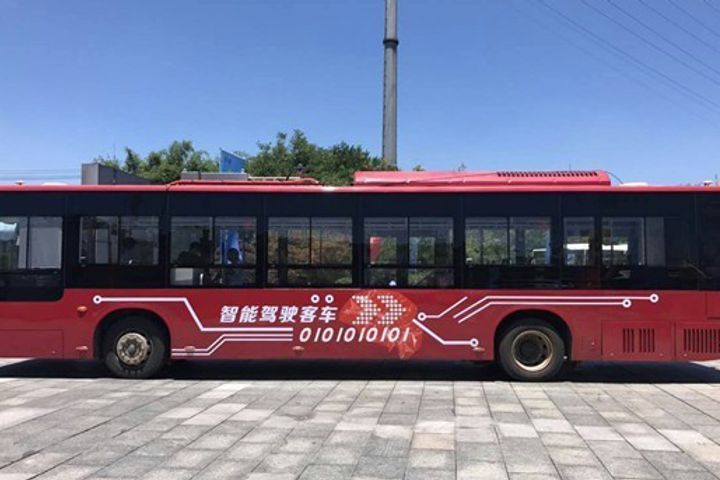 The 'driver' never touched the steering wheel with his hands throughout the test, the report said, and the bus performed all the operations such as steering, lane changes, overtaking and braking all by itself. Its speed reached 40 kilometers per hour.

The bus uses road data collected by some 8,000 vehicles across the country, a technology supervisor at Hunan CRRC told The Paper. The data are transmitted to the company's platform on a real-time basis, and the platform can adjust the models whenever and wherever necessary.

As far as passenger vehicles go, CRRC has so far focused on developing motor-driven systems, but it may branch out into the small-car area in future, Liu Yi, an executive at Hunan CRRC, told The Paper.

Driving automation software will someday work just like push notifications that we receive on our smartphones, Liu predicted. Optimum driving methods, efficient vehicle operating methods and integrated trip plans will be automatically 'pushed' into the car. "This is the inevitable trend," he said.