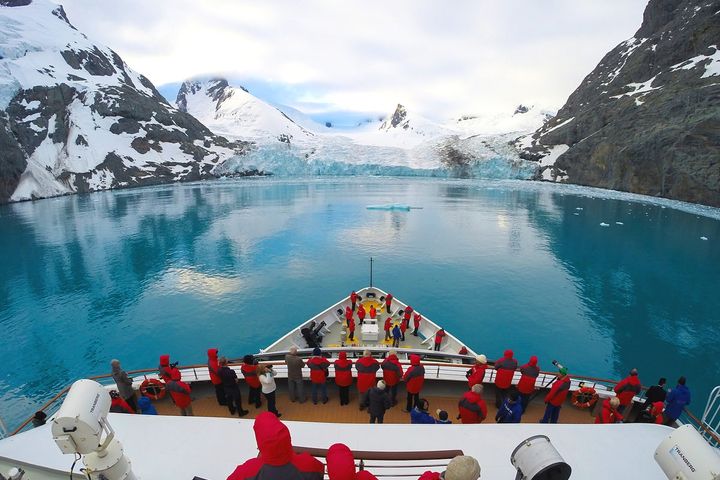 CTrip.com Inc. [NASDAQ:CTRP] previously released an Arctic-Antarctic product of up to CNY880,000.

This is roughly the same as the price of a typical two-bedroom apartment in a third-tier city, but travel agencies are clearly not fazed about the product's salability.

CTrip is not the only company ramping up its operations on the polar tourist sector this year. Almost all major Chinese tour operators have diverted resources to this niche market. In the second half alone, Hna-Caissa Travel Group Co. [SHE:000796] and several other Chinese travel service companies have all pushed packages to the poles.

Travel agencies' optimism about this high-end tourism market is buoying the boom. Polar cruises have burgeoned in China in recent years, data from the International Association of Antarctica Tour Operators (IAATO) show. The number of Chinese touring Antarctic has risen nearly 40-fold, from less than 100 in 2008 to 3,944 last year, for the second-largest source of travelers to Antarctica after the US.

Most polar cruisers are seniors, said Sun Jie, chief executive of Hna-Caissa Travel's cruise line, and the average age of applicants for the polar cruises the company organizes is 55, with men slightly outnumbering women. All cruises are long-distance and last from 15 to 30 days, and so are more popular among well-heeled middle-aged and older customers who have more leisure than youngsters, he explained.

As this high-end demographic keeps growing, travel agencies have pumped up product development to woo wealthier 'aunties and uncles.' "Most cruise ships to Antarctic used to be operated by foreign companies, but now many Chinese Antarctic tour operators offer more compartments for Chinese passengers on charter ships, and polar tours have become more affordable," said a source at CTrip.