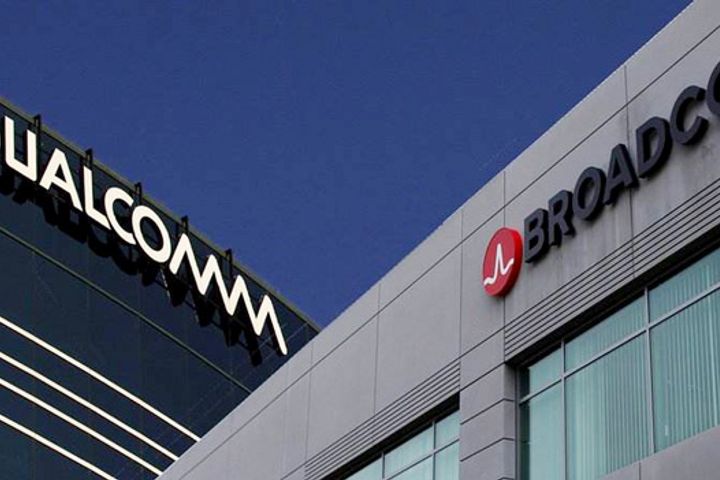 (Yicai Global) Jan. 26 -- A group of China's leading smartphone makers have voiced their support for US-based chip manufacturer Qualcomm Inc. in its efforts to stave off a hostile takeover by industry rival Broadcom Inc.

Many phonemakers in China depend on Qualcomm chips, paying pay royalties for their use for every handset sold, with the exception of Huawei Technologies Co. which has started to develop chips in-house. Qualcomm's wireless tech allows smaller Chinese brands to develop innovative products at lower costs, assisting them in competing against major market players such as Apple Inc.

"We are not familiar with this acquirer. Through its financial and capital operations, the company might pursue monopoly after acquiring Qualcomm. In my opinion, this acquisition may not be good news for both the industry and consumers," said OPPO CEO Chen Mingyong.

"We have cooperated with Qualcomm for many years through a brother-like partnership, and achieved sound results. Therefore, we do not hope to see changes, which only bring uncertainty," said Shen Hui, CEO of Vivo, adding that an enterprise's advancement is not only reliant on technologies and capabilities, but also on sound corporate culture, which typifies Qualcomm.

For Xiaomi, Qualcomm also serves as a strategic shareholder. Its president Lin Bin highlighted the contribution of Qualcomm to the company's phones, saying "Each generation of Qualcomm's products represents an integration of technological innovation that cannot be worked out in only one or two years. If Qualcomm is acquired, we worry most about the possibility of no more groundbreaking products in the future."

Broadcom announced plans to take over Qualcomm for around USD100 billion in November last year despite protests from Qualcomm's board. The firm aims to proceed the with the deal, heaping pressure on the company's directors. Qualcomm will vote on the takeover at its annual shareholder meeting on March 6 and has advised all shareholders to oppose the transaction.

China represents the largest market for Qualcomm globally, accounting for 60 percent of turnover. Qualcomm called on shareholders to take into account the views of its major Chinese customers, such as Oppo and Vivo, when voting.

Separately during the tech day event, Qualcomm signed a deal with Oppo, Vivo, Xiaomi and Lenovo Mobile Technology Co. for the sale of radio frequency front-end components worth USD2 billion over the next three years.