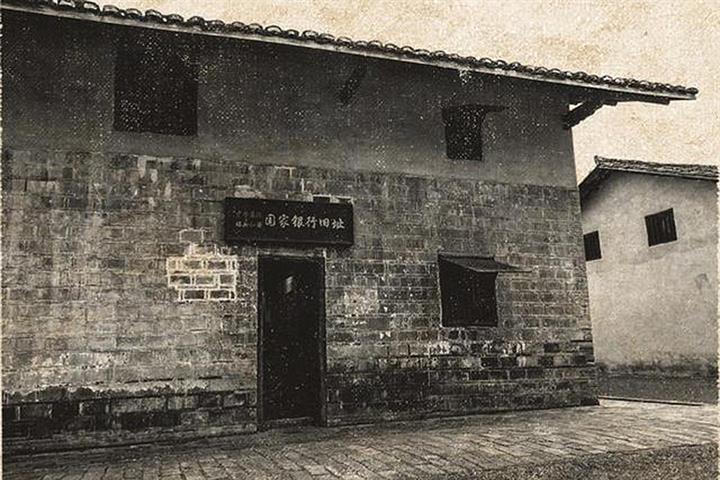 When it opened in Ruijin, it was the first state-owned bank under the partial control of the Communist Party of China. Raising funds was initially a struggle, with the early funds coming from military expenses and silver dollars seized in battle.

Mao Zemin, the first governor of the bank, also found that southern Jiangxi was rich in tungsten ore, an important raw material for making weapons. The metal soon became a key source of wealth for the Central Revolutionary Base Area. According to historical records, the Red Army gained 6.2 million silver dollars through exports of tungsten ore prior to the Long March.

In addition, the bank unified the fiscal system and set up treasury and accounting systems, laying the foundations for the establishment of fiscal and financial systems in the People’s Republic of China. It also assumed some of the functions of today’s Ministry of Finance, such as collecting agricultural and commercial taxes.

To prevent counterfeiting, fine wool was added to the pulp used to make banknotes, and special autographs of Mao Zemin and Deng Zichuan, then minister of finance of the Provisional Central Government of the Chinese Soviet Republic, were also printed. The Central Mint also adopted the method of printing banknotes and serial numbers separately.

When the Central Red Army was forced to embark on the 25,000-mile Long March in 1934, the Soviet State Bank went with it and kept functioning. It was known as the “bank on shoulder poles” and the “bank on horseback."