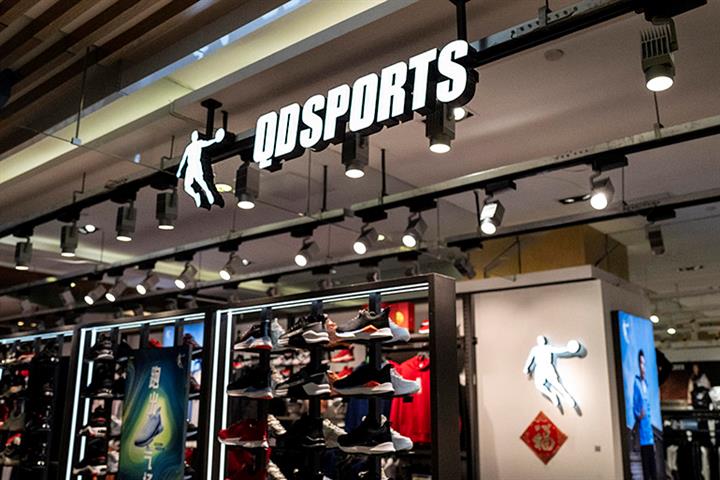 (Yicai Global) Jan. 13 -- Chinese sportswear maker Qiaodan Sports has changed its name after a court last year banned it from using the Qiao Dan trademark, bringing an eight-year legal dispute with US basketball superstar Michael Jordan to an end.

The company is now called Zhongqiao Sports, according to business information platform Tianyancha.

Founded 20 years ago, the Fujian province-based company had registered a series of trademarks related to the Chinese translation of Jordan. The US sporting legend sued over trademark infringement in 2012, and the two sides have claimed victory at different points in the seesaw legal battle since then.

A Shanghai court also ruled last month that the company must indicate in older trademarks involving Qiao Dan that there is no connection with Michael Jordan.

The judgment does not affect its legal right to use the乔丹trademark, Qiaodan Sports said in the wake of the Shanghai court's verdict. The firm acknowledged the emotional impact of its trademark registration on Michael Jordan and is taking steps to avoid public confusion, it added.

Qiaodan Sports started planning for an initial public offering in 2011 but has made no progress, partly because of the legal dispute. Other sports goods brands based in the Fujian city of Jinjiang, such as Anta, Xtep and 361 Degrees, have already gone public.