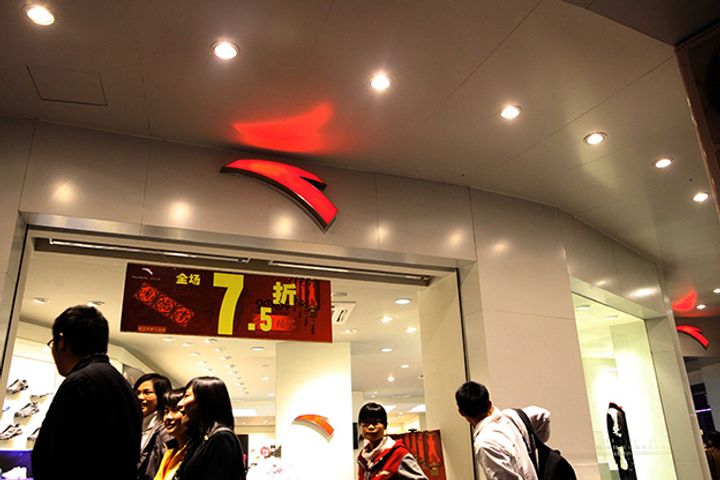 The company has no plans to acquire German brand PUMA SE [FWB:PUM] at this time, Ding Shizhong, ANTA chairman, said on Aug. 15.

ANTA's net profit for the first six months rose 28.5 percent annually to CNY1.45 billion (USD217 million) on revenue of CNY7.32 billion (USD1.1 billion), up 19.2 percent. It expects revenues to surpass CNY15 billion for the full year. The firm also reported a gross margin of 50.6 percent, an increase of 2.7 percentage points from the same period of last year.

The enterprise expects to increase the number of ANTA stores from 9,041 to between 9,200 and 9,300 by the end of the year with full-year sales surpassing CNY30 billion, said Zheng Jie, president.

ANTA plans to raise about CNY3.8 billion (USD567 million) through an allotment of shares to acquire an international sportswear brand. It has already bought businesses in China from Japanese brand Descente Ltd. [TYO:8114] and Korean brand Kolon [KRX:120110].

International luxury and consumer brand group Kering Group [EPA:KER] previously confirmed plans to divest PUMA, fueling speculation among some insiders that ANTA may acquire the German brand. However, Ding Shizhong said that although mergers and acquisitions are important for the company's development in China, he didn't know where the PUMA rumor came from.