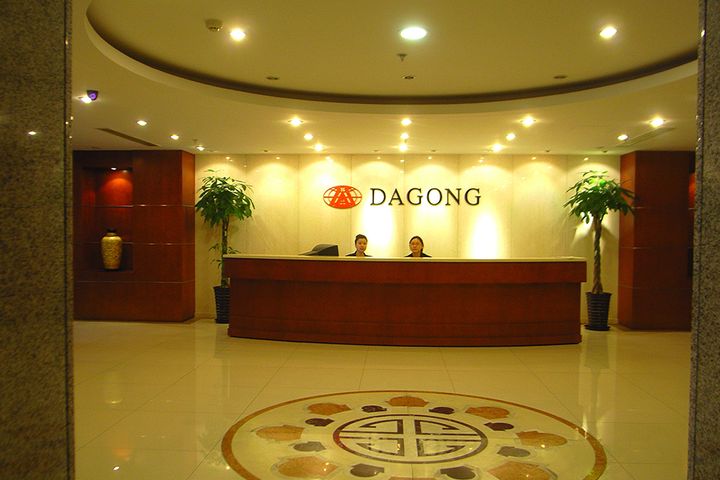 (Yicai Global) April 19 -- China's Dagong Global Credit Rating, which has been banned from rating firms after offering amplified scores for a fee, is taking an investment from a government-backed fund manager that may help it get back in the game as a state-owned company.

Dagong Global penned a deal with China Reform Holdings under which the latter will take a 58 percent stake in Dagong Global and restructure its credit rating business, Yicai Global learned at the ceremony.

Dagong Global has been paring its headcount after the China Securities Regulatory Commission and the National Association of Interbank Market Dealers handed Dagong severe penalties last August, citing its lack of independence and false reporting. Apart from the one-year suspension, the authorities also ordered the company to replace its unqualified senior managers.

The new majority shareholder will improve decision-making, technological consultation and rating to ensure healthy business operation, a person in charge at the Beijing-based investment institution told Yicai Global. This will involve reshaping the target firm's equity and business structure, as well as adjusting its management, the person added.

The move will essentially improve Dagong Global's awareness and ability to comply with relevant regulations, an analyst said to Yicai Global, adding that keeping some private ownership will help build a market-oriented mechanism, the person added.

Founded in 1994, Beijing-based Dagong Global is one of the earliest providers of credit ratings in China.