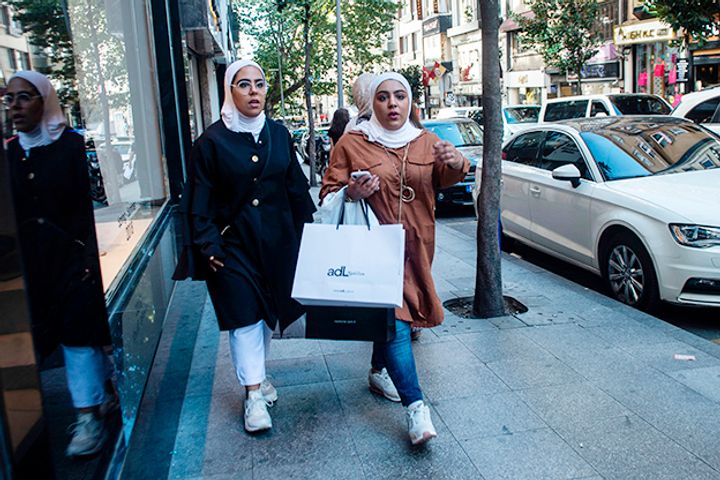 Chinese Tourists Mob Turkey, With Visits up 150% as Lira Nosedives

(Yicai Global) Aug. 16 -- Turkey has suddenly become a magnet for China's trippers as the end of the summer holiday peak period nears. The severe devaluation of the Turkish lira has discounted a trip to and increased the number of Chinese tourists visiting the country by one and a half times.

The number of those who search for and sign for a tour to Turkey via Ctrip.Com International 's tourism segment have risen 150 percent since Aug. 12, the firm's outbound travel platform's monitoring data show, news portal chinanews.com reported. The tally of travelers is set to top 400,000 this year, per statistics.

Turkey's currency collapse has also driven bookings of package tours, independent travel, and local entertainment services, Ctrip stated. Flights will likely be  overbooked during the period from late August to the Sept. 24 Mid-Autumn Festival and even the Oct. 1 National Day holiday, said Xiao Yinyuan, the head of Ctrip's outbound tourism.

Since Chinese travel agencies' products are pre-purchased and pre-priced, however, the Turkish currency's depreciation will have little impact on their product quotations in the short term, Ctrip indicated, but after National Day, especially in November, the decline in airfare and hotel prices will drop the price of Turkish tourism products to a 20 to 30 percent discount from summer prices.

Turkey had already been a hot emerging destination for Chinese tourists in recent years, with some feeling a cultural affinity with the nation, whose forebears lived in China's backyard in ancient times. Turkey welcomed 250,000 visitors from the country last year and its tourist arrivals from January to May hit 159,000 person-times, up 96 percent annually, Turkish tourism statistics show.