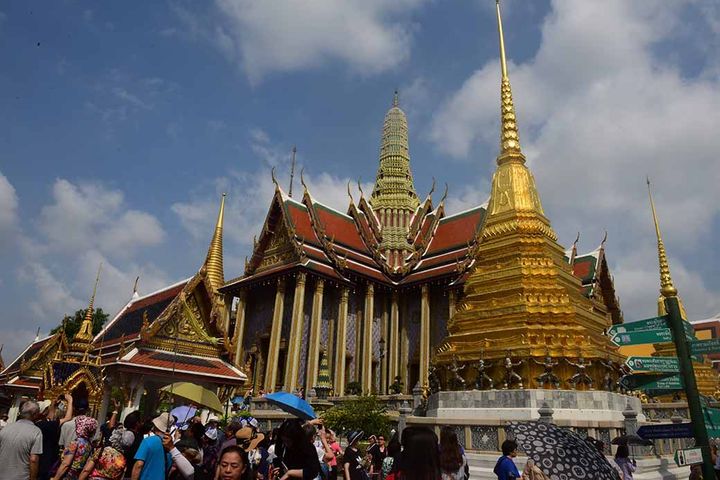 Chinese Tourists Spent USD7.1 Billion in Thailand in First Half of This Year, Thai Data Show

(Yicai Global) July 17 -- Thailand welcomed 17.33 million foreign tourists in the first half of this year, generating USD26 billion (THB876 billion) in tourism revenue, USD7.1 billion (THB241.2 billion) of which came from Chinese travelers, the latest data from the Thai Ministry of Tourism and Sports show.

More than 9 million Chinese are expected to travel to Thailand this year, bringing in about THB500 billion in tourism revenue, a Thai tourism official said.