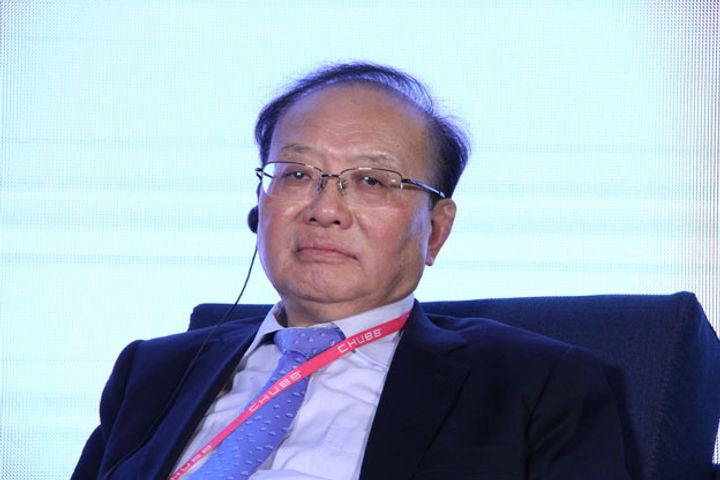 (Yicai Global) Nov. 5 – The first China International Import Expo & Hongqiao International Trade Forum kicked off this morning in Shanghai. President Xi Jinping attended the opening ceremony and delivered a keynote speech. The CIIE is the world's first large-scale national import-themed exhibition and is closely linked to China's future plans for the reform and opening up.

Wei Jianguo, Vice Chairman of the China Center for International Economic Exchanges, spoke to Yicai Global about the relation between the first CIIE and China's further reform and opening up. It is not easy to make systematic changes in export-oriented policies in exchange for foreign exchange which have been implemented since new China was founded. However, China has been facilitating reform in domestic sectors in a time-bound, efficient and simple manner in preparation for the CIIE, marking the start of a new round of a 20-to-30-year reform, he revealed.

The CIIE boasts exhibitors from more than 130 countries and regions. And the world is now focused on what message or new approach China will signal on the reform and opening up at the expo.

Many related support policies have already been launched. The Ministry of Finance on Nov. 1 announced plans to exempt a certain quantity of imported exhibits sold during the first CIIE from all import duties and 30 percent of the import value-added taxes and consumption taxes to ensure smooth running of the expo.

Authorities have also revised and improved management regulations and issued many policies on facilitating customs clearance and service assurance which will explore new approaches to the reform and opening up in related sectors, Fu Ziying, the international trade negotiator and Vice Minister of Commerce, said recently.

Most large global exhibitions, such as the Hannover Messe, are export-oriented. China is using the CIIE as an opportunity to gradually change its import policies in place over the past 40 years, Wei told reporters. For example, China needs cooperation between customs and quality inspection authorities for imports. Fruits, cooked meat, fresh food, drugs and other articles of daily use face high tariffs, a long time for custom clearance and a mismatch in logistics efficiency. After the CIIE, China will gradually meet requirements of global logistics and custom clearance to improve its business environment, the former Vice Minister of Commerce added.

The CIIE will lead to more reform and opening up, such as introduction of foreign funds and better protection of intellectual property and fair and equal treatment of private and foreign-funded firms, Wei suggested.

China's economy has entered a stage of high-quality development and the country can import high-quality products, introduce advanced technology, promote the upgrading of traditional industries and enhance its industrial advantages in competition through the CIIE, which is also a government pledge to promote a new round of opening up, Wang Bingnan, Vice Minister of Commerce, told a press conference on Nov. 3.

Wei also believes that China, as the world's second largest economy, will be able to exploit its consumption potential via imports and promote global cooperation, construction and sharing through the CIIE, thereby facilitating global trade.

Talking about how to connect China and the world through Shanghai, Wei believes that Shanghai is not only at the core of the Yangtze River Economic Belt, but also has a geographical advantage for the whole of Asia. Shanghai can not only exploit the import potential of the Yangtze River Delta, but also stimulate the export potential of neighboring countries and regions.

Shanghai, as the window of China's reform and opening up, is best known for its openness, Zhou Bo, member of the Standing Committee of the Shanghai Municipal Committee of the Communist Party of China, told a press conference.

Zhou, who is also executive deputy mayor and deputy director of the office of the preparatory committee of the CIIE, added that Shanghai's annual import and export volume exceeds CNY3.3 trillion, accounting for 27 percent of the country's total and nearly 3 percent of global trade. It is also the world's largest container port, with container throughput exceeding 40 million boxes last year.