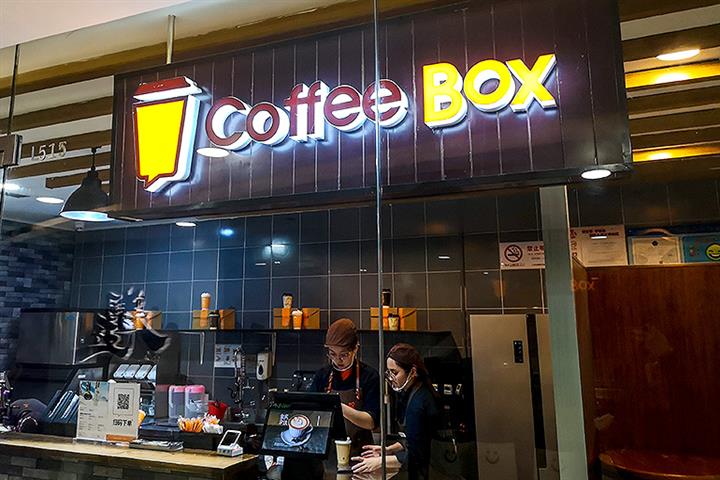 (Yicai Global) June 1 -- Coffee Box is the latest Chinese coffeehouse chain to run into difficulties following Luckin Coffee’s dramatic fall from grace. The internet-based coffee brand is in financial distress and has shuttered many of its stores, Beijing Business Today reported.

Only four of Coffee Box’s Beijing outlets and six of its Shanghai shops are still operating, the report said, citing takeout app Dianping. As of January 2019, the firm had over 400 stores in Beijing, Shanghai, Guangzhou, Shenzhen and Hangzhou.

Coffee Box’s flagship store in the nation’s capital is among the casualties. It has been closed a long time, according to a member of staff at the building’s property manager. He was unaware of the reason for the closure.

The chief executive and other managers at operator Lianxiang Business Consulting had no comment to make when contacted.

In April, the Shanghai-based company denied rumors that the coffeehouse chain had run into difficulties, and said that it had closed stores temporarily due to the Covid-19 pandemic.

Rival Luckin Coffee’s cutthroat subsidies to boost market share and insufficient financing have been hurting business since the first half of last year, said Wang. The firm also presold a large number of coffee coupons in 2018, putting pressure on its operating revenue and leading to the closures.

Last year, there was already talk of trouble behind the scenes. Orders have fallen sharply at most of its physical stores in Beijing, Shanghai and other first-tier cities, insiders claimed, adding that this has led to delays in payments to coffee bean suppliers. Its product quality is also said to be getting dodgy.

Set up in 2014, Coffee Box won users by initially providing deliveries for Starbucks and other well-known brands through social messaging app WeChat. It began building its own brand in August 2015. Last April, it secured CNY206 million (USD28.9 million) in a B3 round of fundraising led by Qiming Venture Partners and Gaorong Capital. The firm has not secured any financing since then.