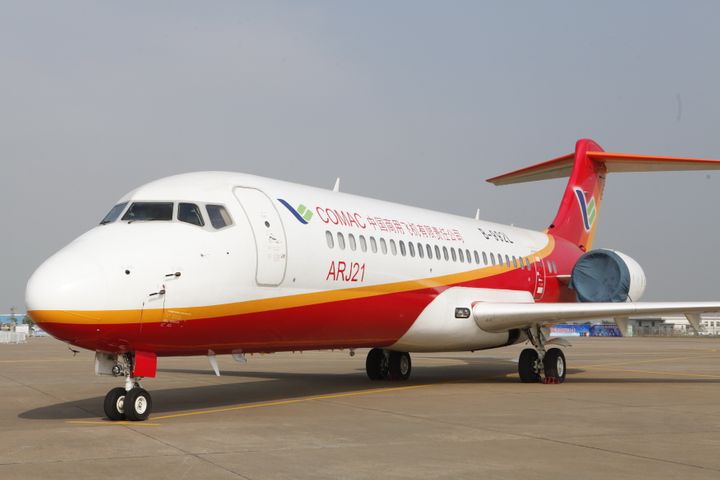 The base price was about USD1.3 billion for each 35 aircraft but the transaction price will be comparable to those of other manufacturers as COMAC offered discounts, the three aviation firms announced in separate statements. The aircraft will be delivered from next year to 2024.

In April, the three customers announced their plans to start using the ARJ21. Air China and China Southern intended to set up new subsidiary airlines specifically to operate the planes. Last month, China Eastern expanded the business scope of its unit Yiersan Airlines, or Air 123, with a plan to also use the same type of aircraft.

COMAC has received a total of 596 orders for the first solely China-made regional airliner from 22 clients. Since November 2015, fourteen of the jets with a maximum range of 3,200 kilometers have been put into operation, carrying more than 470,000 passengers. Chengdu Airlines has eight of them and the southwestern Chinese airline uses the jets to travel to 20 cities nationwide.

COMAC's annual production capacity will reach 15 ARJ21s in 2018, the firm told Yicai Global that August. This year, it is expected to go up to 25. In five years, the company anticipates having clients set up with more than 100 such types of aircraft.