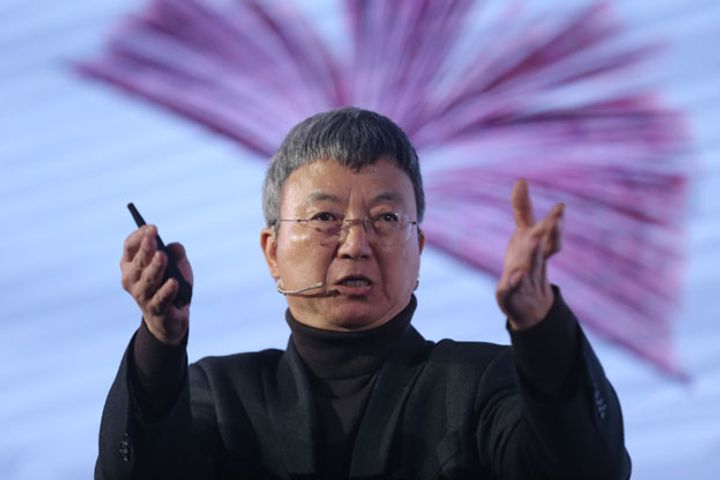 (Yicai Global) May 21 -- China has an enormous financial market, but its globalization, regulation and products and services are still underdeveloped relative to China's status as the world's second largest economy and the third largest financial market, Zhu Min, former deputy managing director of the International Monetary Fund (IMF), pointed out at the Tsinghua PBCSF Global Finance Forum on Saturday.

The national financial market has not been fully aligned with the real-economy-oriented reform in the new era or with financial services required by the country considering its rapid economic development, the growing middle class and wealth and the aging society, Zhu noted, adding that comprehensively pushing forward financial reforms and market internationalization is the natural choice for China to maintain growth in future.

The Chinese financial sector needs to be far more globalized to meet the needs of the economy, he noted. Foreign banks accounted for 2.32 percent of the total volume of banking assets in 2007, but the ratio has fallen to a mere 1.26 percent today. Fifteen years ago, he predicted that foreign banks would represent 15 percent of the total assets in the domestic banking market following China's accession to the World Trade Organization (WTO), because they have more products, especially derivatives and hedge funds, which may make up 20 to 25 percent of the total income. The rather drastic difference between the reality and expectation is attributable, of course, to China's fast-growing banking industry, but it is also due to the fact that the government has imposed numerous regulatory restrictions on market access, equity ownership, product development and business scope -- it is still not a fully competitive marketplace.

In the capital market, foreign investors only have a 1.15 percent share of the Chinese stock market, and a 2.44 percent share of the government bond and financial bond market. The only exception is the insurance industry where foreign investors chip in 6.1 percent of the total market volume, but this figure is still way below the global average and does not befit China's position. The globalization of the domestic financial industry is seriously lagging behind [relative to economic growth].

China is the third largest insurance market after the United States and Japan, but the per capita premium is as low as USD280, as compared to USD4,095 (which is roughly 95 percent higher) in the US, USD3,500 in Japan and USD3,000 in South Korea.

Second, business deregulation, where 'business' includes all businesses. China encourages thorough deregulation of trust, financial leasing, auto financing, monetary economy, consumer finance and other businesses, and these sectors had never been opened [for foreigners] before. Furthermore, all business, market access and foreign ownership restrictions will be lifted on foreign banks. He thinks this is very important.

Third, the opening of financial infrastructure, credit settlement and ratings as well as basic-level services such as credit information will significantly enhance the market's transparency, information sharing and equality in market competition.

China's financial sector has grown tremendously amid economic reforms in the past four decades, he said, and it was a miracle, by all accounts. However, the Chinese market has been lagging behind in terms of market globalization and openness, so by further opening the financial sector, China will boost internationalization of the domestic financial market, and he thinks this is the most critical move. It caters to the needs of the Chinese economy in the new era. A competitive market fosters development in the financial industry, thereby laying the groundwork for further deregulating the financial system.