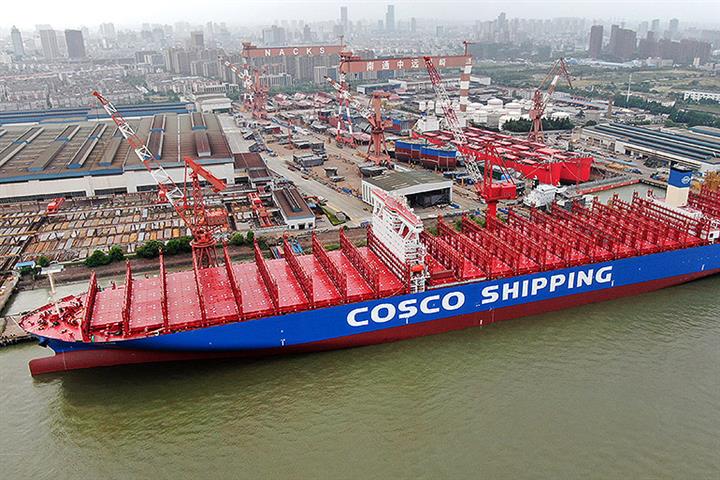 (Yicai Global) April 7 -- COSCO Shipping Holdings’ Hong Kong stock vaulted 30 percent today to hit a 12-year high after the Chinese sea freight giant predicted a staggering 53-time leap in profit in the first quarter from the same period last year on the back of surging transportation rates amid the Covid-19 pandemic.

Shipping rates have more than doubled from a year earlier because of an acute shortage of containers and shipping space. The China Containerized Freight Index soared 53.8 percent in the first quarter from the previous quarter to 1,960.99.

China lacks shipping capacity as huge containers stack up in overseas ports and do not return, mainly due to a lack of orders from foreign markets. Two-week quarantines of ships and their crews slow down customs clearance, in turn driving up prices.